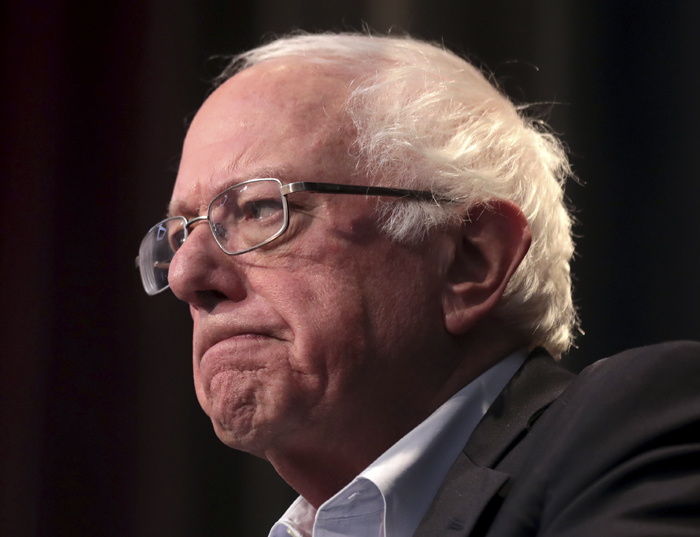 As you know, I suspended my presidential bid this week, and my supporters are none too happy about it. They blame the Democratic establishment for marginalizing our progressive values, undermining our revolution, and conspiring against my campaign. Obviously, they’re right. The problem is Donald Trump is still our president and he’s making things worse every second of every day. How can I convince my tribe of Bernie Bros that Joe Biden may be a creepy hair-sniffing fossil with dementia, but we still need him to win in November? It might take another four years for the country to get it’s head out of it’s ass, but we don’t have that kind of time.

It’s adorable that you still think there’s going to be an election in November. Anyway, there’s only one way to keep your disciples from losing hope—you have to make some grand gesture to show that you’re passing the torch to the next generation of left-wing idealists. I suggest committing ritual suicide and letting AOC devour your remains so she can gain your wisdom and power. Stream the event live on Facebook, and your message will be immortalized.

I used to be very much against ritual suicide. It was so, you know… pagan, but lately I’ve been warming up to the idea. I’m also coming around on graven images and idolatry, too, which will work out nicely when your people start rallying around giant posters of AOC with your intestines hanging out of her mouth.

It’s true that you have hoards of unflappable followers, but to millions of others, you’re just another old white guy that is one poorly timed supermarket visit from the grave. There were plenty of candidates that didn’t have liver spots or heart stints or failing mental faculties, yet somehow it all came down to you three geezers. If only humans were smarter, there could have been a President Gabbard or Yang or… anyone born after the Korean War would’ve been nice.

Now that your time has passed, I suggest you spend the rest of your years preparing your successors to do battle with Don Jr. or Ivanka in 2024. You know it’s coming, and you know whichever one of them runs will probably win. This is the world you live in now, and I have to say I’m pretty psyched. Did you know there’s a waiting list to get into Hell? I feel like a hotshot New York City club owner. But don’t worry; most of you politicians are on the guest list, so you’ll be able to skip the line.