The Skull Island Times > About 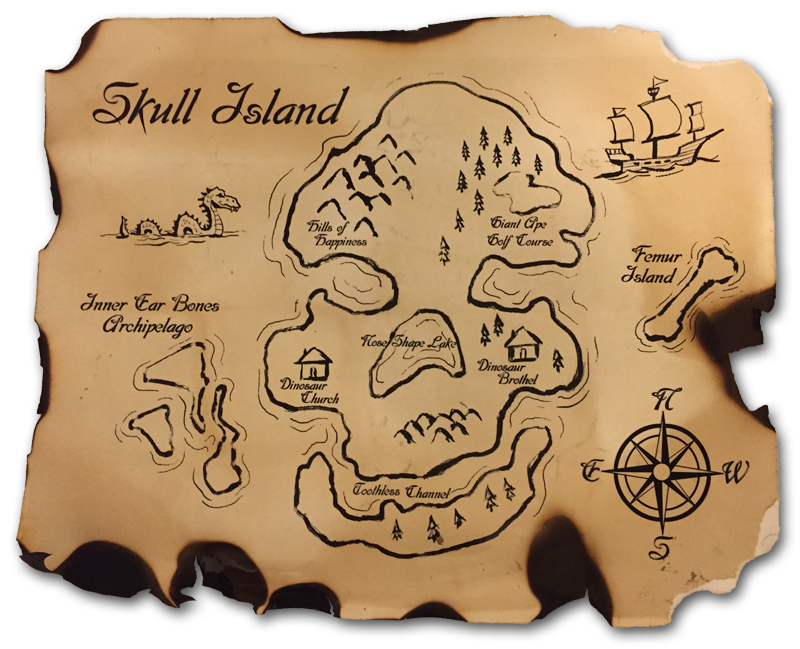 The Skull Island Times is your source for absurd short fiction, reviews of movies that don’t even exist, and other types of ridiculous writing.

Fiction
Pretty much everything on this site qualifies as fiction. The “Editorial” section, the “Divine Advice column,” and even most of the articles in the various “Review” categories are fictional. The “Fiction” heading refers specifically to short prose—narrative stories that aren’t journalistic parodies. These stories are absurd and often full of curse words. Mind the warning you see in that graphic with the three gorilla skulls and crossbones.

Reviews
Sometimes, we actually review real movies. Granted, they are often movies we haven’t watched, or movies released so long ago that they are no longer relevant. We review other things as well, such as TV shows (real and fake, watched and unwatched), books (ones we’ve read, ones we’ve partially read, ones we’ve only looked at the covers of), food (tasted, untasted)—you get the idea. We’ll pretty much review anything. Ryan Klemek is the editor-in-chief at the Skull Island Times. He also designs all the graphics for the site and illustrates all of RK Galaga’s book covers. As far as writing goes, you may see a movie review from him once in a while, but he mostly likes to stay behind the scenes. He barely knows how to read, but he fronted the money for the domain name and knows his way around the WordPress dashboard. If you have any questions about this site, Ryan’s the guy to ask. Contact Ryan at: ryan@skullislandtimes.com. See his illustration portfolio. Harry Seitz has lived in NYC most of his adult life. He has worked as a purchasing agent, waiter, real estate agent, legal financial proofreader, flyer distributor, salesman, math tutor, pollworker, accountant, paperboy, and more. Up until November 2016, he will be working as a Peace Corps Volunteer on Ofu Island in the Kingdom of Tonga. After that, he has no idea what he’s going to do with himself, but hopes to avoid work for as long as possible, perhaps by finding a cheap place to live in a small cabin or cave in the Hinterlands. His latest book, Iron Manimal Vol 2, is now available at Amazon.