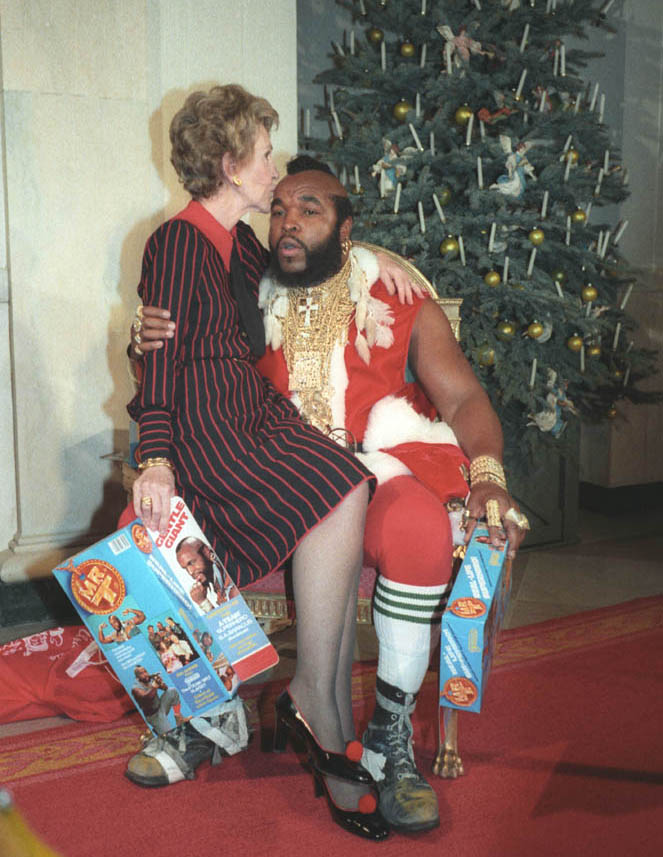 Who’s responsible for this? Because I’m going to find the sucker and punch him so hard he wakes up a fetus back inside his mama’s womb, afraid to come out for another whoppin’.

I can be a reasonable man, despite all the bullshit I’ve had to live through. You ever have Nancy Reagan sit on your lap? It feels like two ostriches are stabbing into your thighs with their beaks.

Before Pornhub started cracking down on so-called “questionable material, a search for “Girls Under 18” used to yield 100,000 results. Now you have to be verified in order to upload content, and they’ve disabled the “download” feature. There’s still some scary shit on there, but not as much as you can find on Facebook, Instagram, or TikTok. Obviously, nobody outside of the Old Testament wants to condone rape, incest, or pedophilia, but sometimes you just have to take the good with the bad. You don’t see me destroying the entire Catholic Church just to save a few altar boys, do you? Let’s not throw out the baby with the bathwater here.

—Jesus Christ
p.s. You asked me if I’ve ever had Nancy Reagan sit on my lap. As a matter of fact, she’s on my lap right now. I think she might have me confused with Santa. Oh, well—‘tis the season.

The guy you want is Nicholas Kristof. He’s the New York Times Op-Ed columnist who started the crusade to bring down everyone’s favorite adult website. You take care of him on Earth, and I’ll make sure he gets his just desserts down here in Hell. Punishing conservative prudes is hilarious. First of all, I’ll decorate his cell like a teenaged boy’s bedroom. It’s hard to imagine that sexy posters of Katy Perry and Miley Cyrus could make someone so uncomfortable that it could count as torture, but that’s the way these assholes are wired. The second phase is to send in one of my Brad Pitt clones set to “blow job” mode. In this instance, the torment lies not in the BJ itself, but in the recipient’s enjoyment of said BJ. As Brad cradles the balls and massages the prostate, Kristof will clench every muscle in his body trying to prevent his dick from getting hard, but it’ll be no use. The shame and humiliation he’ll feel when he nuts all over Brad’s square jaw will be worse than cramming a thousand robotic cobras into his rectum. Don’t worry—I’m going to do the cobra thing, too.