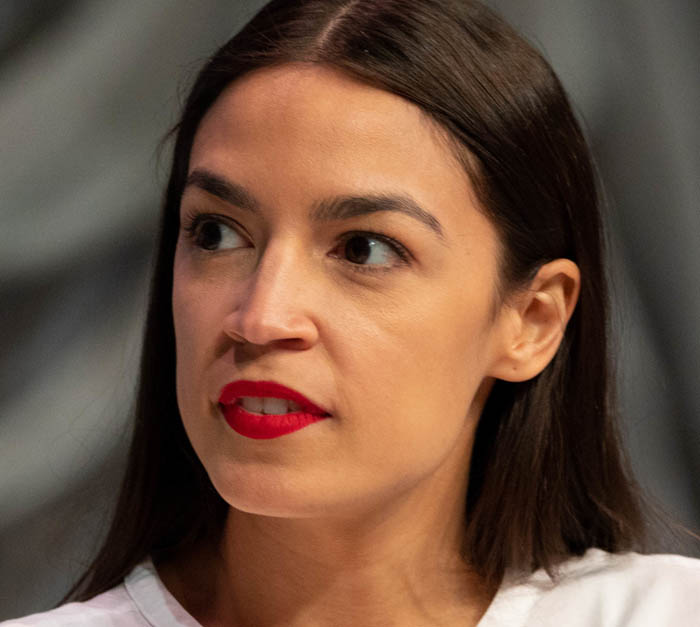 Recently, the “Squad” and I got criticized for arguing with Obama over defunding the police. They said we, and especially me, were ranting and raving at him like a bunch of deranged harpies.

All I said was that people in poor neighborhoods had been complaining about this for years, and no one listened until the word “defund” came into play.

I like Obama, and he didn’t have a problem with the discussion or criticism. He used to ask for it. But the Trump supporters did.

Anyway, he grew up in Hawai’i, or according to them, Kenya, and I lived in the Bronx. A relatively nice part of the Bronx, but still the Bronx. It’s the part of NYC most people only visit to watch the Yankees, and they generally stay within one block of the stadium. Because the cops care about the Yankees. As far as the rest of the South Bronx, the NYPD gave up about 40 years ago.

Honestly, I can’t blame them, that place is fucking crazy, but why should those people be paying for cops that never show up? You keep calling the cops in that neighborhood, and eventually, they come and arrest you for bothering them. Assuming you’re not already murdered.

I know I’m kind of ranting, but aren’t we the ones who are supposed to be snowflakes? And they can’t even handle me having a discussion with Obama? How dare I have the gall to question the mighty Obama, who they also hate? They’re calling me a harpy. I mean I know I’m a harpy, but because of this?

My take on this is that they hate women even more than black people.

Or maybe they’re just a bunch of bitch ass pussies. I want to criticize the President, I can do it. That’s what America’s all about.

And NYC is going to put Trump in prison. He broke the law, and the law is supposed to apply to everyone, rich or poor, black or white. And if the rest of the country has a problem with that, what you think does not matter. He committed his crimes in Manhattan–bank fraud, insurance fraud, and tax evasion. The people may not have the power to go after him, but those entities do. It’s weird for me to actually be rooting for banks and insurance companies, but these are weird times.

And honestly, the people in NYC don’t give a fuck about the rest of the country. Never did, never will. I care because I have to. As the future President, I know I have to care about you, even if you’re a backward hick fucking your own sister. Your vote still counts! Somehow. Can’t pass third-grade math, but you’re still allowed to vote and drive and have kids with your sister.

To be fair, the NYPD has blown away a few white people. To black and brown people like me, we aren’t exactly sure how to feel about this. Maybe it isn’t just us? But it’s mainly just us.

Sincerely,
AOC
PS: Do you prefer the “glasses girl” look or the “naughty congresswoman”? A lot of guys have a glasses fetish. I like men, but you guys are weird and disgusting. I say that with love, but honestly. Maybe you guys don’t know because you haven’t dated guys, but one of my ex-boyfriends, he was 25, and he wore tighty whities, and they had skid marks. He still didn’t know how to wipe his own ass. And he was shocked when I dumped him! I don’t want to raise a bunch of kids who don’t know how to wipe.

Dear Alex (Can I call you Alex?)

How lovely to hear from you again. If you keep writing in like this, I’m going to think you’re into me. Ha, just kidding. But seriously…are you? I mean you didn’t even ask a real question this time, which makes it seem like you’re just here to flirt.

As for the “glasses girl” versus “naughty congresswoman,” for me, it’s a tough choice. On one hand, you look smokin’ hot in glasses. But the naughty congresswoman thing… nothing turns me on more than being scolded. The thought of you standing behind a podium and screaming at me gets me so fucking hard. Call me a racist. Call me a misogynist. Call me a homophobe. Yell at me for destroying the environment. Blame me for all the wars, diseases, and hatred in the world. It’s all my fault. I’ve been a bad little deity and I deserve to be punished. Bend me over your knee and spank me.

Then go on a Twitter rant and get all your followers to “cancel” me.

The entire world thinks you’re going to be president someday but both the Republicans and the Corporate Democrats will do everything in their power to stop that from happening. Your grassroots support is adorable and all, but there’s only so far a candidate can go with five-dollar contributions from poor people who choose you over their weekly lottery ticket a couple of times. The fact is there’s really no way anyone reaches the highest office in the land without my help. The only exception in all of American history was William Henry Harrison, and things didn’t exactly work out for him either. I’m not saying I’m the one who gave him typhoid and pneumonia, but I’m not exactly denying it either. It was a long time ago and nobody can prove anything, so it doesn’t matter. Anyway, my point is, you need me if you ever want to be king.

Now, just because you sell your soul doesn’t mean you have to compromise your ideology. You can still give people free healthcare, free college, a livable wage, and breathable air; it’s just that, once you die, you’ll have robotic cobras rammed up your asshole every day for all eternity. It’s not so bad, really. Just ask all the other dead presidents. Nixon actually enjoys the cobras. Sure, there will be more to your torture than just sodomy by reptiles, but it’ll be totally worth it for eight years of making the world a better place. Given all the good you could do, you’d be kind of a selfish bitch for not making a deal with me.

Really, what do you have to lose? Your enemies already think you’re the devil, so you might as well lean into it.