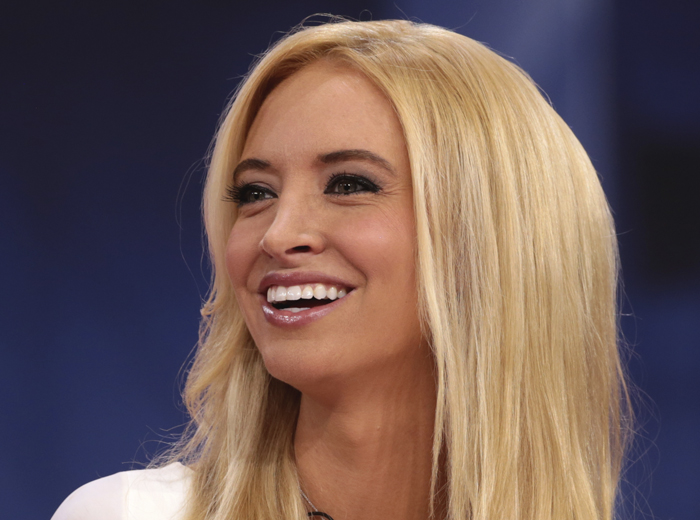 I know that we’ve had our differences, but you’ve got to admit that you were impressed when I said, with a straight face, that Trump “is the most informed person on planet Earth when it comes to the threats that we face.”

Technically, Trump is one of the biggest threats we face, so you could argue that I was actually telling the truth since Trump knows himself better than anyone, but you’d be wrong. The only test of self-awareness Trump passed was the mirror test, and he yelled at the mirror that it was fake news.

The way he is on TV isn’t an act, and all of the worst things you’ve heard about him are absolutely true. He tries to grope me every day, and he keeps calling me Ivanka and accusing me of being a fickle tease.

I understand that the conspiracy theories of willfully ignorant bigots aren’t worthy of the same consideration as science and reason, but what you’ve got to understand is that if we acknowledged reality, we would have to admit that we’re wrong about everything. And if climate change, racism, and income inequality were real, we would be expected to actually do something about it, and that goes against everything the Republican Party believes in.

Like Trump said, if we stopped testing for COVID-19, there would be fewer cases, and this logic applies to everything. If the snowflakes whining about police brutality, income inequality, and sexual harassment would just stop protesting, POOF! Problem solved.

Can’t they see how divisive they’re being? Frankly, it’s un-American, just like respecting other cultures or learning how to do math. How can we possibly be expected to MAGA when these hippies won’t even give Trump a chance?

I like diversity just as much as the next neo-Nazi, but enough is enough already. Could you please just make everybody White, Christian, and American already so we could all finally get along? Just leave enough Mexicans to be dishwashers and enough black people for the NBA, and life would be perfect.

Thanks in advance,
Kayleigh McEnany

Are you sure you’re not Tomi Lahren? Because I made both of you and I’m having trouble telling the difference. You could also pass for an Olson twin if you starved yourself for a couple of weeks, but your likeness to Ivanka is what I’m most interested in. In fact, that likeness could be harnessed to save America, maybe even the world!

It’s hard to know exactly what makes Trump such a diabolical asshole, but I think it all comes down to the one thing in his life he wants but can’t have. And that, of course, is his daughter. If only Ivanka would finally look at her father the way he looks at her, reciprocate the desire he feels for her, then maybe all this goes away. Maybe he lets go of all the anger and hatred and has himself a How the Grinch Stole Christmas moment. If only Ivanka would open her legs, maybe Trump would open his heart.

Obviously, I would never ask a daughter to lie with her father. This is 2020—gone are the days where incest is a divine mandate, something required of all gluttonous kings. Do I miss the old days? Sure, a little, but even The Lord has to get with the times. If anything, I’m more in danger of getting “canceled” than anyone. Anyway since it would be too yucky for the real Ivanka to seduce her dad, I’m wondering if you might step up and pinch-hit for her. You won’t even necessarily have to go all the way, maybe just a handy once a week and a BJ on his birthday and Christmas. Make sure to hold hands with him in public and sit on his lap whenever possible and that should be good enough.

The choice is yours, of course.
—Jesus Christ

Your nose kind of makes you look like a goat, which, as a satyr, I’m into. Is there any chance you’d be willing to leave your current position at the White House to come down here and be my Press Secretary? Full disclosure—you’re not my first choice. Kellyanne Conway, Megyn Kelly, Tomi Lahren, Laura Ingraham, Laurie Dhue, Suzanne Scott, Dana Perino, Kat Timpf, Gretchen Carlson, Trish Regan, Britt McHenry, Shannon Bream, Martha MacCallum, Abby Hornacek, Carley Shimkus, Heather Nauert, Jillian Mele, Ainsley Earhardt, Katie Pavlich, Elisabeth Hasselbeck and Ann Coulter all turned me down. In Ann’s case, I really expected her to say yes. She totally hates Trump now because he wasn’t racist enough for her, so I thought she’d want to come work for me to spite him. Well, it turns out I’m not demonic enough her. Can you believe that shit?

Anyway, I totally think you should take the job. Starting annual salary is $900K plus bonuses, which include the charred skeletons of your enemies and all-you-can-eat virgin hearts.