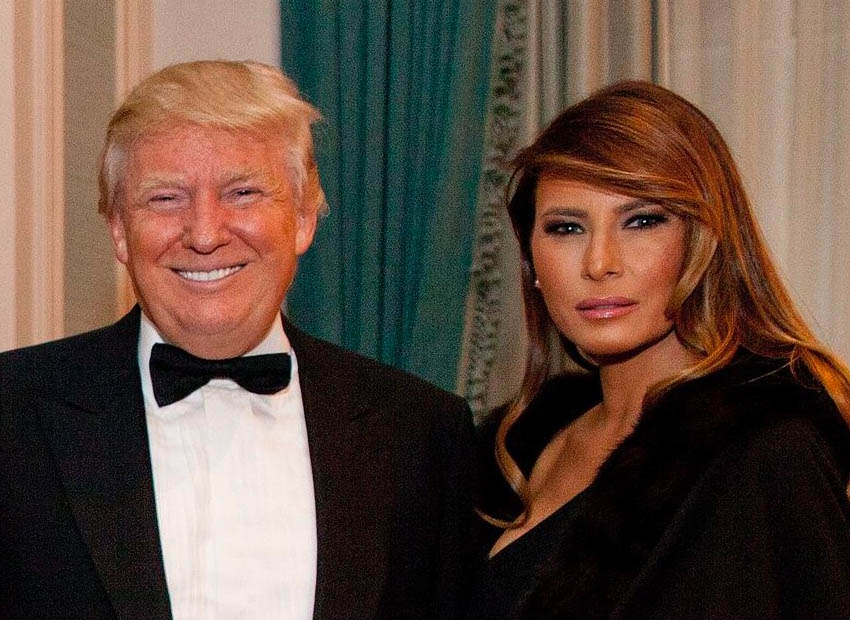 I’m considering leaving my husband. It isn’t just the cheating or the humiliation or him lusting after his own goddamn daughter, it’s everything.

He wears trusses whenever he goes out in public. Multiple trusses. And even with the trusses, he looks like a slob.

And his odor. He smells like old ketchup and Play-Doh. When I feed him his bedtime cheeseburgers, I have to mash them up in a blender first and put a bib on him. A fucking bib.

And when he wakes up in the morning, I have to bathe and dress him. He’s always obstinate about taking his bath. Then there’s the baby powder and the diaper and the trusses. His suits look funny because they’re all onesies. He can’t even tie his own fucking shoes.

Of course I want to divorce him. I’ve never even let him touch me (Baron came out of a turkey baster). But I’m afraid that if I divorce him, it might increase public sympathy for him. And I’m always worried about leaving Ivanka alone with him. She’s an evil, crazy whore, but no one deserves that.

Maybe I should just murder him? Would it be murder or assassination or both?

I know you two are going through a rough patch right now, but divorce isn’t the answer. Not only because the church doesn’t recognize divorce, but also because I know that deep down inside you still love your husband. Remember the time he first brought you home from that abandoned warehouse in Queens? There were twenty-nine other drugged, starved and beaten Eastern European sex slaves he could have picked, but he chose you. Remember how happy you were when you first saw that golden toilet in the master bathroom? You had been shitting on a pile of hay for seven months before he rescued you.

OK, so maybe “love” is a little strong. But let’s not forget, this is the life you (sort of ) chose. You could have stayed poor in Slovenia, but you had visions of the glamor so you became a model. And when model money wasn’t enough, you decided to catch the eye of a sleazy American criminal/businessman. Knowing where Trump shops for his wives, you got yourself abducted by those Russian mobsters. Now, there were times along this path you took where you could have stopped all this. You could have gone back to Slovenia with millions of dollars instead of staying here and shackling yourself to billions. You could have saved yourself from this life of misery, but you wanted that golden toilet. I understand how awful it’s been for you. I know you feel humiliated every second of every day. I know that, whether he’s sticking his limp dick in you or not, seeing that saggy bloated body every night makes you want to gouge out your eyes. I know that every morning when he rolls off of you, it takes an hour to wash that sticky orange film off your chest. Well, this is exactly what you deserve. It’s your Earthly punishment for choosing to marry billions of dollars instead of a human being. But there’s some good news, too. If you stick it out until the end, you can be rid of him once you die. The Donald is going to Hell—there’s nothing that can stop that now. Your soul, however, can still be saved. Up to this point, all you’ve been guilty of is greed, and that’s barely a sin these days. That, and maybe some light gluttony, what with all that binging and purging you did during your modeling days. But still, it’s all pretty forgivable. To make it into Heaven, all you have to do is not commit suicide, not get a divorce and not assassinate your husband. I know it’s not going to be easy, but it’s worth it so you can avoid being stuck with that giant Cheeto for eternity. Even if they had golden toilets in Hell, I’m sure you’d find existence down there to be quite unbearable.

—Jesus the Pragmatic
p.s. Your written English is much better than your spoken English. Or did you get Michelle Obama to write this letter for you?

I’m looking at the list of things Jesus told you to avoid in order to save your soul and I noticed a surprising omission. He didn’t say anything about being faithful to your husband. Now, maybe that was an oversight on His part, but we’re all taught that The Lord never makes mistakes, so you might as well go with it. The trick will be having an affair without getting caught. Even when The Donald isn’t around, you’re under constant watch by the press and/or the Secret Service. Just about the only moment of privacy you get is during bath time. And that’s where I come in. As a magical being that can appear and disappear with a snap of my fingers, I can show up in that bathtub without being seen by anyone. You’ll be lying there with your eyes closed, fantasizing about dropping a toaster into the water and ending it all, when suddenly my head will emerge from between your legs. I’ll bring my face to yours and stick my long pointed tongue into your mouth, then dive back into the water to work your clit with that same pointy tongue. I don’t need oxygen, so I can stay submerged until you come. Then after that first orgasm, I’ll insert my 14-inch anaconda deep into your pussy. We’ll go slowly at first but our fucking will build to a fever pitch until we eventually shatter that porcelain tub, spilling water everywhere. Then, before the water can seep under the door and trickle between the feet of the guard posted outside the bathroom, I’ll snap my fingers and the mess will be magically cleaned up. I’ll then give you a passionate good-bye kiss, leaving you with that post-sex glow to carry you through the rest of your otherwise miserable day. But don’t worry. All you have to do is repeat the incantation “return to me, my Devil, my love” three times, and I will reappear between your legs in that bathtub.