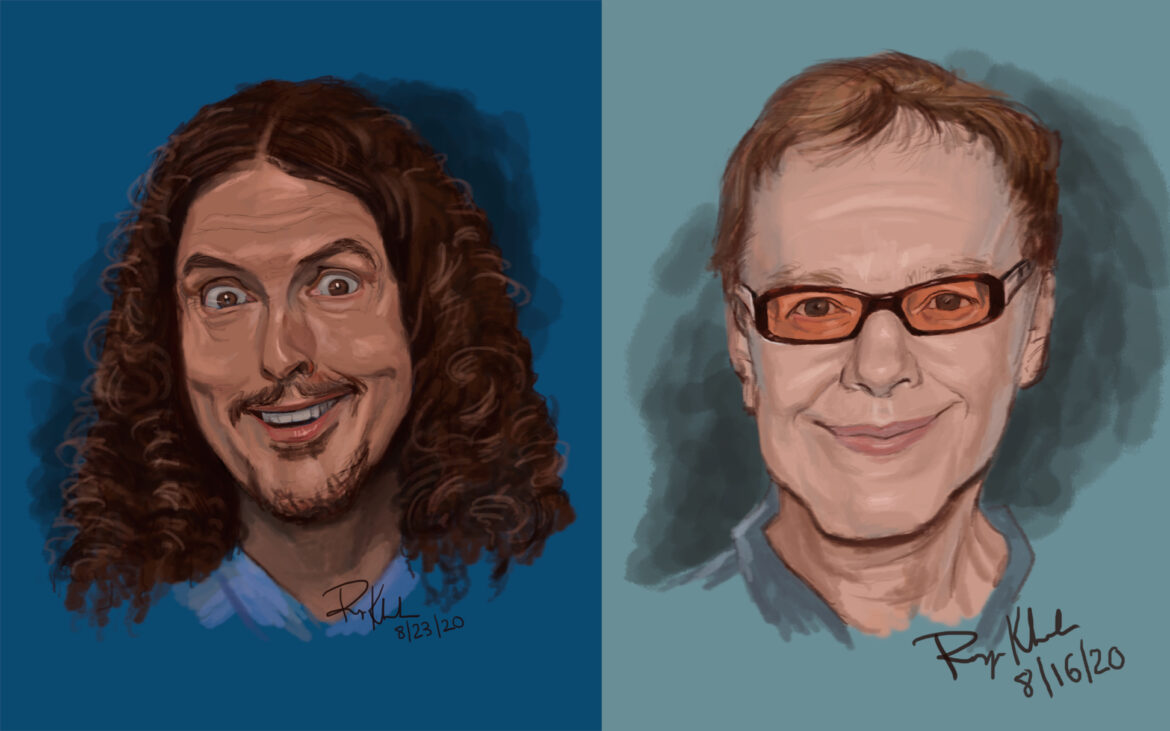 On the podcast Literally! With Rob Lowe, Rob often asks his guests if they prefer the Beatles or the Rolling Stones. If anyone were to ask me, I’d say the Monkees. It’s not that I think the Beatles or the Stones are bad, it’s just that I don’t see how they’re better than any other bands. The Monkees didn’t play their own instruments, but at least they had a funny TV show. I saw them live, actually. In Latham, New York, back in 1986. Really, though, I was there to see their opening act: Weird Al Yankovic. Al ran out onto the stage wearing surgical scrubs to perform “Like a Surgeon”, then later in the set, he and his band donned those silly red Devo hats when they did “Dare to be Stupid.” I was only 11 years old at the time, but it was an amazing show. I’ve seen him many times since then, and every performance is better than the last. The guy rocks a Segway like nobody’s business.

The Rite of Spring
Full disclosure: most of the music I listen to is symphonic. My idea of a musical genius is Igor Stravinsky, so when someone says Prince (RIP) is a genius, I’m just completely perplexed. Pedophilia aside, is he really better than Michael Jackson? Or Madonna? Kanye West is known to be batshit crazy, yet I’ve never met anyone who disagrees with his assertion that Beyoncé is objectively better than Taylor Swift. For my money, I’ll take Katy Perry over either of them, but if none of them ever released another song, I don’t think I’d give a shit, or even notice.

The Rye or the Kaiser
There’s a surprising amount of violence in Weird Al’s lyrics, but most of his songs are about food or TV. There’s nothing inherently funny about those subjects, and if you were to just read the words off of a page in a book, it would seem like someone tried to turn their shopping list into bad poetry. What makes the songs funny, is that these inane lyrics are put in place of pretentious, cliché, or overly serious ones. The more boring the subject of a Weird Al song, the more amusing it is to hear him singing passionately about it. What makes this work is how tight his band is, and how good he is at mimicking the voice of the singer he’s parodying. He doesn’t always do it—he’s not trying to sound like Madonna in “Like a Surgeon”—but he does a pretty good job of capturing the deep bass-baritone of Crash Test Dummies frontman Brad Roberts in his “Mmm Mmm Mmm Mmm” parody, called “Headline News.” Most musicians take themselves seriously to a point where I’m embarrassed for them. Weird Al makes their annoying songs bearable and their mediocre songs great.

Weird Science
To me, Danny Elfman isn’t Oingo Boingo; he’s the Nightbreed soundtrack. If I want to hear something that sounds like Oingo Boingo, I’ll listen to Weird Al’s style parody “You Make Me,” from his Even Worse album. It’s in his style parodies that Weird Al’s true brilliance is most evident. Without copying a single note, he can capture the essence of a band while simultaneously poking fun at their sound and paying tribute to it. My favorites of these are “Dare to Be Stupid” (Devo, of course), “Craig’s List” (The Doors), “Dog Eat Dog” (Talking Heads), and “Mr. Popeil” (The B-52’s). Al isn’t always forthcoming with the inspiration for these parodies, because apparently, the bands don’t always like having their sound mocked in this way. While he doesn’t technically need anyone’s permission, Al famously clears his song parodies with the people who made the original. He doesn’t do this with the style parodies; in fact, sometimes he does a style parody after someone says no to a song parody request. Prince is one such performer who always turned Al down, which, to me, is all the evidence you need that Prince wasn’t actually a genius. Also, “Batdance” and the fact that he was a Jehovah’s Witness. Wanna B Ur Lovr is ambiguously meant to sound like a Prince song, though Al claims it’s supposed to sound more like Beck doing a Prince impression. Aside from a few disappointing exceptions, most of the musicians are flattered to be the subject of a style parody, and some even collaborate with Al on the songs. Ben Folds plays piano on the Ben Folds Five parody “Why Does This Always Happen to Me” and Dweezil Zappa plays the opening guitar riff on the Frank-Zappa-inspired “Genius in France.”

Polka Your Eyes Out
By far, the zaniest Weird Al songs come in the form of polkas. These are sped-up medleys of current hits, with ridiculous instrumentations, vocalizations, and sound effects thrown in. My personal favorite is “Alternative Polka” from his Bad Hair Day album. Every time I hear the Nine Inch Nails section where he replaces the word “fuck” with cartoon noises, I cry with laughter. Literally. Tears streaming down my cheeks. I’ve been known to rewind and replay that 10-second segment over and over again for hours at a time. I don’t think Medium will let me link to it, but go find it on Youtube or Spotify, or better yet, buy the fucking album. I swear, it will change your life.

Recently, Al did a polka version of songs from the hit musical Hamilton. If you want to know what the essence of pure joy looks like, find a clip of Lin-Manuel Miranda hearing the song for the first time. Or watch him singing it with Al on Jimmy Fallon’s talk show. It will restore your faith in humanity.

Perform This Way
I’m not saying Prince or the Beatles or John Cougar Mellencamp or Ace of Base or Fugazi haven’t made some people just as happy as Weird Al has, I’m just saying I can’t for the life of me figure out how or why. I guess, in the end, we all just have to accept that art truly is subjective. Unless you happen to think Taylor Swift is better than Beyoncé. Then, you’re just wrong, apparently.