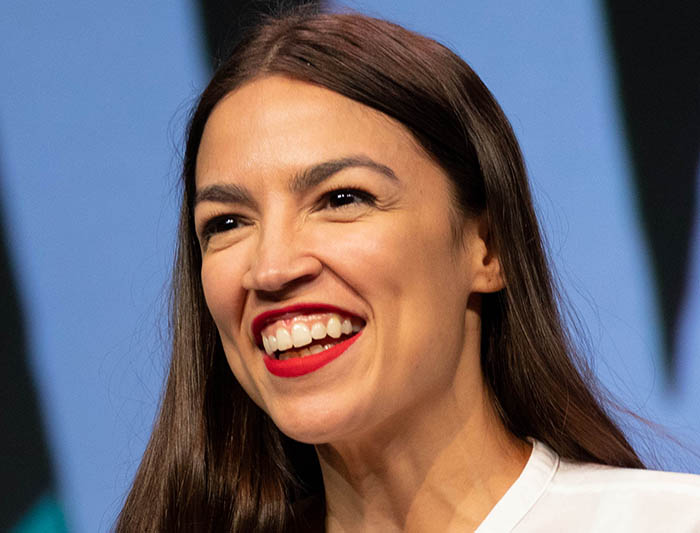 Remember Marjorie Taylor Greene yelling at me as she followed me down the hallway?

I had tried to bond with her as a woman by talking about The Handmaid’s Tale. Surprise, surprise, she had never read it. She even chastised me for reading anything other than the holy scriptures. I asked her if she read the bills presented before congress and she looked at me like she was baffled. But she had seen the show, and she thought it was real–like it was actually happening in America. At this point, who knows? Maybe she’s right.

Still, she shook her head, and I thought we had finally found some common ground. In case you don’t know, the book and the show are about a government of religious zealots who oppress women through constant abuse, defilement, and rape.

Marjorie told me she liked the show, but that the government of Giliead (the fictional country that had broken off from America) was still too liberal. She said those women should be grateful they were fed and clothed, and show the appropriate respect due to their owners and betters. When I reminded her that she was a woman and asked how she would like to live like that, she told me she’d be one of the Aunts–the women bosses who help to break in the handmaids–and she wouldn’t show those bitches any mercy like those damn progressive Aunts on the show (one of them had a girl’s eye plucked out for speaking out of turn).

I’m a tolerant person, but only up to a point. What do you do with a woman who’s deluded enough to think she’d be happier living in the Stone Age? Who thinks cavemen rode dinosaurs to church while carrying AR-15s? And how the hell did this person get elected to congress?

I want to serve my district and my country, but it seems completely futile. Smoke from an enormous forest fire in Siberia has reached the North Pole for the first time in recorded history, New York and other coastal cities are in imminent danger of flooding if they haven’t already, and half of Americans still want to drive around in monster trucks.

Marjorie asked me if I had ever seen bigfoot. I asked her whether she meant the truck or the “animal,” and she said both. She told me she hit a bigfoot with her monster truck, so I think she might have killed someone. I asked to see the body but she told me she had eaten it.

That’s when I let my exasperation show and she started yelling at me, calling me an illegal immigrant Mexican whore.

Should I have her killed now or wait until I’m President, assuming civilization survives for that long?

I can call you Alex, can’t I? I feel like I know you so well, and it’s not just because I watch you shower every day. In addition to being able to peek into every room of your house, I can also peek inside your brain. I know what motivates you, I know what you’re afraid of, and I know your deepest, darkest secrets. For example, I know that sometimes when you’re fucking your boyfriend, you picture Ted Cruz, and the image of Ted in your mind is even more hideous than the real thing.

I also know that, for all the whining you do about climate change, you’re secretly rooting for those fires in Siberia because you want the world to end before you ever have a chance to run for president. That way, you never have to taste the bitterness of defeat and let down the millions of young girls that look up to you and hope to one day follow in your footsteps. Behind that beautiful smile and those big brown eyes gleaming with false hope is a level of cynicism and self-doubt I haven’t seen since Richard Nixon. Of course, Nixon was able to squeak out a victory, but he wasn’t a young Latina woman, and he wasn’t a communist. Well, I’m here to remind you that you don’t have to be the first Latina President to be special. If you agree to be my “bride,” you will become the single most important human being who has ever lived.

I promised my therapist that I would be patient and not pressure you. He warned me that, in the current cultural environment, all forms of courtship are considered harassment. I’ve been trying to explain away God’s Old Testament atrocities for 2,000 years, so the last thing I need is to be canceled because I told a girl that I thought she was pretty and that I wanted to impregnate her with Myself so that I could save Mankind from the Apocalypse I’m about to start. I know you’re supposed to build up to that kind of thing by showing a genuine interest in the girl as a human being, not just as a sex object and Holy Vessel. The problem is I’m not that interested in you as a human being. As your creator, it’s hard not to think of all people as little trinkets I carved out of wood and sell at a gift shop in some quaint little New England town. Recently, though, I realized that listening to my therapist’s advice may actually be worse for me than going with my gut. By trying to conceal my true nature and playing by some bullshit PC rules that I don’t actually believe in, I actually come across as even more creepy and misogynistic. Therefore, I’ve decided to let it all hang out and shoot from the hip.

AOC. Alex. I think you’re the most beautiful creature on My green Earth, and I’ve chosen you out of everyone in the entire species to bear my child (Me) so that I can return to finish what I started. If you agree, then you’ll go down in history as the woman who said yes to Jesus. Mary, as anyone who has actually read the Bible can tell you, didn’t have a choice, but I’m giving you one. A real one. If you say yes, you’ll know unimaginable bliss like no other mortal has ever experienced. If you say “no”, I promise not to strike you down with lightning, I won’t turn you into a pillar of salt, and I won’t write your phone number on the walls of a bathroom stall—though, I can’t protect you from Twitter trolls or a bad media backlash. Rejecting Me would be the equivalent of damning your species to eternal torment in the fires of Hell, so you can hardly blame people if they’re a little miffed at your selfishness.

The Good Lord has made a pretty decent case for why you should accept his offer, but he hasn’t been completely up-front about everything. First of all, he likes to paint this picture of Hell that is a little unfair. Is it hot down here? Sure. Will your ears ring from listening to the screams of the damned getting their just deserts? Occasionally. But it’s not all bad. We have foosball.

Plus, why the Here would you go through all this trouble to save all these ungrateful assholes who spit on you and called you a commie bitch when all you were trying to do was get them free healthcare, breathable air, and a living wage? Most of them have earned every second of the pain they have coming to them. Speaking of pain, do you have any idea how painful it will be to give birth to The Lord? Last time, he came out of the womb weighing as much as a trillion suns, and the universe has expanded quite a bit since then, so he’ll be even heavier this time around. Also, he’ll be glowing with gamma radiation, which won’t be good for your skin.

And, I hesitate to bring this up, but the sex is hardly going to be memorable. Let’s put it this way, the guy has existed since the beginning of time, and he’s only been laid the one time. And he blew his wad before he even got all the way inside her. It was embarrassing. Mary had to give him the whole “it happens to every guy” speech and everything. He tried to flatter her by saying it only happened because she was so hot, but she didn’t buy it. Nobody was hot back then. Over the years, women have gotten sexier, yet he’s insisted on staying celibate. He hasn’t even jerked off once. You think with that much built-up sexual energy he’s going to last long enough for you to get off? Don’t count on it.

Anyway, the choice is yours, of course. I just wanted you to know what you were getting into if you decided to become the new Mother of God. You’ll basically have the life of a 1950’s housewife, which ironically would make you more acceptable in the eyes of Marjorie Taylor Green. Of course, you’re not white, so she still won’t make eye contact with you.