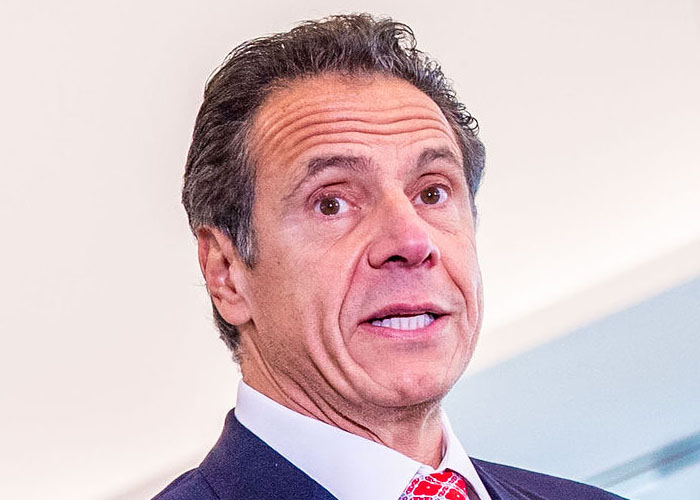 I’m sitting here in utter disbelief that the PC thugs actually won. I really thought I could Trump my way through this, but I guess not. Apparently, all politicians can get away with murdering geezers and bullying staffers to cover it up, but only Republicans can survive a #METOO moment. I still don’t know why that slide show of me groping all those people didn’t convince everyone that I wasn’t a creep. It shouldn’t count as sexual harassment if you also do it to men. And why wasn’t anyone satisfied with my “I’m just Italian” excuse? Everyone knows that all Italian men have magnets in their hands that are attracted to women’s asses. Also, we like to eat spaghetti and attack giant gorillas who are throwing barrels at us.

Anyway, my question is, now that I won’t be Governor any more, how can I trick hot young women into “hugging” me? I’m not as handsome or charming as my brother, and all I had going for me was my power. Without that, I’m just a big-nosed, spaghetti-twirling, mallet-wielding goon.

Your power is gone, your legacy is in shambles, and, as you already pointed out, the fact that you’re a Democrat means there’s no tolerance, no forgiveness, and no way back. Maybe you think you can solve all of your problems by becoming a Republican and moving to Florida, but that will never work. The problem is, while Republican voters would gladly ignore your previous indiscretions if you’re willing to be racist and trash liberals, Trump isn’t so easily won over, and he’s the only Republican that matters. He holds grudges forever, and you went after him pretty hard during the COVID Wars of 2020. If you want to know what happens to Republicans that cross him, just ask Chris Christie, Mitt Romney, and Jeff Sessions. Rudy Giuliani, who has been Trump’s loyal Renfield for years, will never be anything but a toady, and he once thought he could be President of the United States. Even getting on board with all the “Stop the Steal” nonsense hasn’t garnered any favor for his one-time rival Ted Cruz. If these saps can’t kiss enough ass to be allowed in the club, how well do you think you would fare?

Both you and Trump learned a pretty big lesson that people who aren’t rich politicians already know: actions have consequences. Usually, money and power can deflect these consequences onto someone else, but every once in a while, one of you assholes gets what’s coming to you. Maybe you can take solace in the fact that there is still a handful of out-of-touch New Yorkers who remember your fake leadership in the early days of the pandemic and want to think of you as a hero. They are few and far between, but if you happen to run into one of them, maybe they’d be willing to “hug” you. Of course, even though they’re willing, it’s still creepy if you take advantage of them.

The way I see it, your only option is to buy a pin-striped suit and fedora, grab a Tommy gun and join the Mob. I mean, you already have the connections, but now it’s time to sign up for realsies. Besides politics, organized crime is the only outfit where looking like a gargoyle is actually advantageous. Really, the only difference between being Governor of New York and being a mob boss, is that, as a crime lord, you’ll live in a bigger house, smoke better cigars, and ride in a fancier car. Even then, hot women won’t necessarily throw themselves at you, but it won’t matter because you’ll have access to all those high-class prostitutes. And don’t act like you’re above paying for sex. If hookers are good enough for Eliot Spitzer and Frank Sinatra, then they’re good enough for a two-bit crook like you.