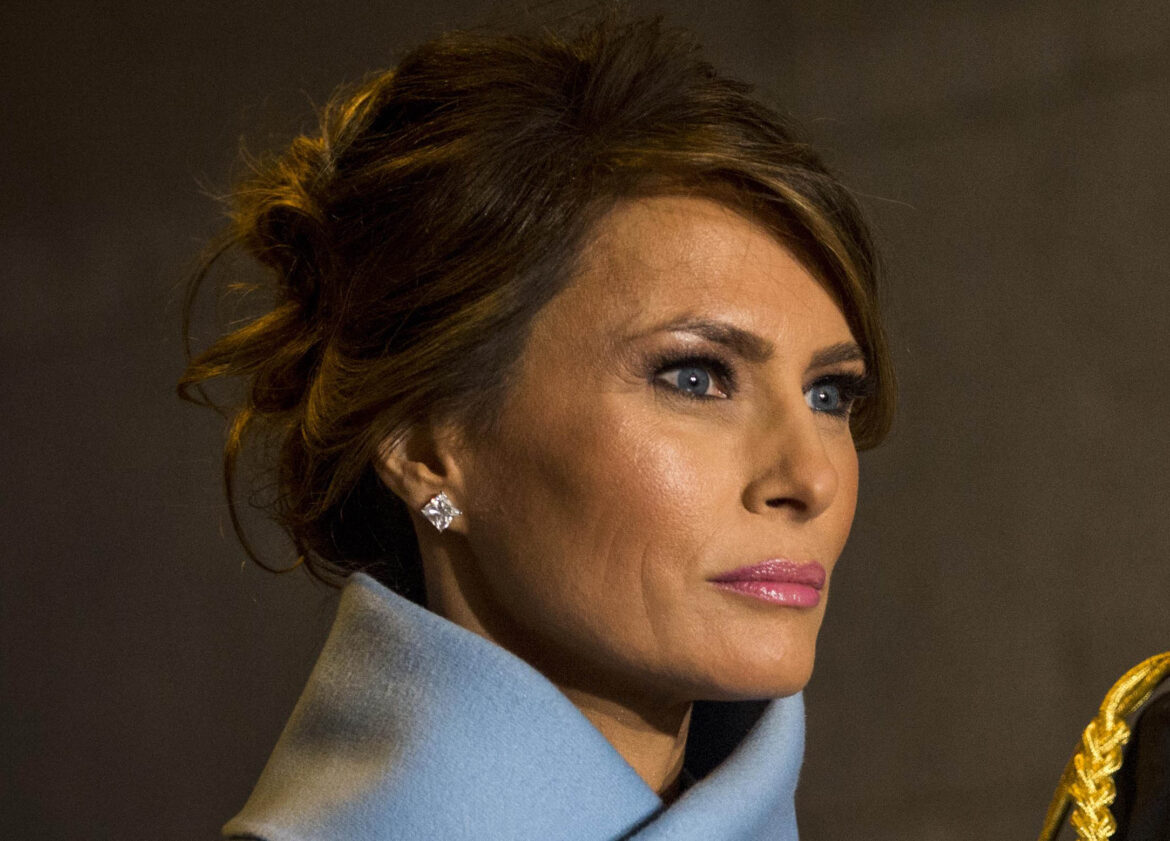 Lately, it seems like I can’t do anything right. I wear a jacket that says “I Really Don’t Care, Do You?” to a child detention center, and everyone assumes I don’t care about the kids. Of course I care about kids, even Tiffany!

The jacket was obviously a message to the press, because when you don’t care about something, you wear a jacket with a giant message to them spray-painted on the back. This just proves how incompetent the lamestream media has become, which is the one thing my idiot husband might actually be right about.

And now this business about the Rose Garden. I know it seems out of touch, but put yourself in my shoes. I’m basically imprisoned with this giant baby, I spend all day cleaning between his rolls of fat and changing his diapers and pretending I can stand the sight of him, and then on top of that, I’m expected to be some kind of role model to American girls. They already have their Tik-Tok and birth control pills and American Girls dolls, which is more than I ever had growing up in Slovenia.  Birth control there was a rusty coat hanger, and my only toy was an old boot I found on the street. I named it Herman and still keep him hidden in my closet. After a rough day, Herman is the only one who can make me feel better. He is the only one who has never betrayed me.

I’ll probably never have access to such a nice Rose Garden again, and all I want is a little bit of “me time” away from Donald and his awful children. Why can’t Americans understand that?

I hate to break it to you, but The Donald and all of his offspring (including Tiffany) jerk off into that boot of yours. It’s been happening since your wedding night, and I suppose it will keep happening until you die and are buried with the boot. Heck, it might keep happening after that, too. The Donald isn’t above digging up a body to retrieve something he wants. You know that dress he always puts on to calm his nerves when the lamestream media is being mean to him? His mother was buried in that thing.

You should just be glad he doesn’t fuck his mother’s corpse. The same can’t be said about his father’s.

People can say what they want about The Donald, but he does have the hottest First Lady in American history. Your sex appeal is the one thing you bring to the table and you owe it to the world to make the most of it. So call up Bang Bros or Pornhub or Reality Kings and go on in for an audition. There are already tons of Melania hardcore deep fakes in circulation, so you might as well put some real ones out there. And you can even donate all profits to Autism Speaks or any one of the foundations working to cure one of your husband’s personality disorders.

By the way, if you’re looking for a scene partner, I’m totally available. I’m sure by now you know about my 12-inch barbed cock.