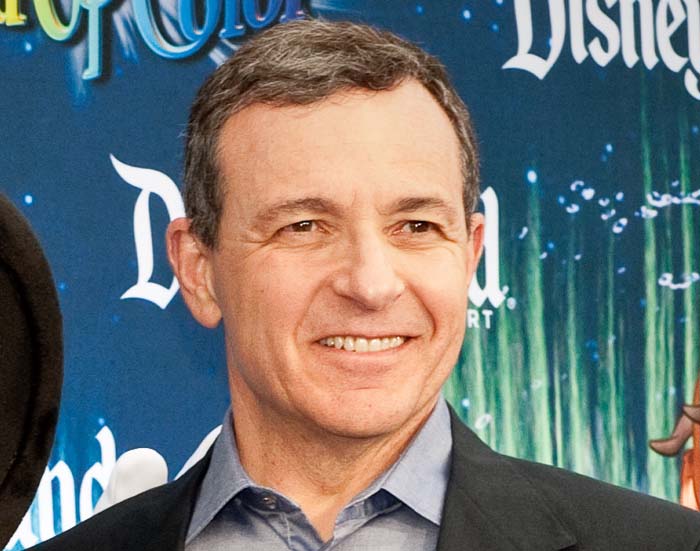 You’d think that owning everything would be great, but it’s actually extremely stressful. I like to revel in the failure of others just like everybody else, but now, there are no others.

Take Terminator Dark Fate. It turns out that Disney somehow owns this piece of crap and it’s got me hella worried about the five Avatar movies we’re making. Jesus Christ, did we have to go ahead and make five of them? We’ve already spent something like a billion dollars and I have no idea what they’re even about. I think they’re about blue panthers or something? God this is bad.

We own Star Wars, Marvel, Fox, and all this other crap, but are people even going to the movies anymore? I just don’t see millions of people shelling out $25 to go see Avatar 4.

The merch is still solid (thank God) and Baby Yoda is going to sell like strippers on Sunday, but there’s only so much that Disney can do. We can sex up underage girls and parade them around in “family friendly” programming, then turn them into hot little popstars, but we can’t be overt about it like other companies. How is Hannah Montana going to compete with Japanese sex robots? And if we bought the sex robots, we’d need to get them down to a PG13, and how the hell are you supposed to do that? Handjobs only? No one is going to pay thousands of dollars for a robot that only gives handjobs.

This whole “woke” thing is killing us. We’ve gone too far, and it’s going to ruin everything. Even Baby Yoda if we’re not careful. All the critics we own are going to “love it” but the people who actually pay for this crap are going to hate it. Why is Baby Yoda speaking Spanish? How does that even make sense?

Thank God we don’t own James Bond (yet). How’s he going to slip into a fancy gala when black people can’t even go to Home Depot without being followed by security?

I could really use some help on this one.

My Dad says you’re currently in negotiations to buy Christianity. Trust me, this is a responsibility you don’t want. I know it’s tempting—you’ve created many false idols that you’d like to grant legitimacy to. But once Mickey, Moana, and Elsa, take over as the new Holy Trinity, it will be up to them to answer all the tough questions I get every day. Do you think they want to explain why bad things happen to good people, why good things happen to bad people, and why Simba has to rip the throats out of cute baby elk? In your movies, you’ve always been able to sidestep those questions with a generic “that’s just the natural order of things” type of message. Once you literally become God, you’ll be that nature. It’ll be your fault that things need to kill other things to survive.

Actually, since you already own Star Wars, maybe we can start telling people that picture of Ewan McGregor as Obi-Wan Kenobi actually is me.

I have a confession. I was the guy who started that rumor about Walt Disney liking Hitler. I thought it would be funny to destroy his legacy. Who knew it would actually make him more popular? Anyway, just a heads-up, I planted a rumor in Alex Jones’s dream last night that you killed Epstein, and that you and Hillary are actually one person. You’re the Dr. Jekyll half and she’s the Mr. Hyde, and together, you run child sex rings out of pizza parlors. Also, you’re a Reptilian from the Draco star system. You should probably call your lawyers, because Alex is off his meds, and he’s got nothing left to lose.

Fuck. I just remembered—I’m one of your lawyers. What the hell did I get myself into?