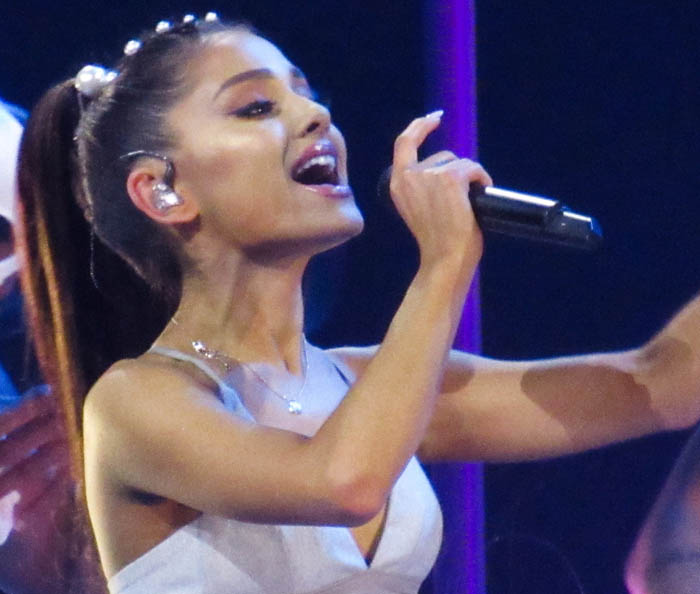 You ever see the episode of The Twilight Zone where the lady rubs cream on her face that makes her young and beautiful, but every time it wears off, she’s like super old and even uglier, so she has to keep using it like every four hours or something or she’ll turn into a deformed old troll if she stops?

Yeah, that. And Disney also has me on these puberty-blocking hormones so I have the body of an 11-year old even though I’m really 103 (long story).

So I’m stuck in this weird place where I have grey pubic hair and no boobs and I have to keep smearing this cream all over myself or I’ll turn into a ghost, and the cream is like $79 a bucket and all I have are these e-coins.

I guess this is the price of pop perfection, and the deal I signed with the mouse is unbreakable. He may be smiling all the time, but really he’s angry, and he can’t stop eating. I met him once for breakfast and he was eating barbecued ribs. What kind of monster eats barbecued ribs at 7 a.m.?

Maybe I can make the cream at home for cheaper? Or there’s a way to like reverse it? I’d really like to be able to move my face again, and it’d be nice to have boobs in time for prom.

You’ve got a lot of nerve complaining after everything Disney has done for you. If not for that mouse, you would not have those rocket shoes, that magic watch that lets you speak to the dead, or that DeLorean that can’t travel back in time but is invisible. Sure, maybe the contract you signed is a little restrictive, but at least you get to keep all your blood. I died on a cross for that damn mouse, and all I got out of the arrangement is a lame religion named after me. I don’t even have a star on Hollywood Blvd. Sure, having a religion named after you sounds cool, but then a bunch of guys in robes come along and start intentionally misrepresenting all the stuff you said for their own personal gain. Also, some of them touch little kids.

Sure, you could probably make some of that rejuvenating face cream yourself, but there’s an easier and much more fun solution. See, that cream happens to be made from my ejaculate. In fact, my spunk isn’t just the main ingredient, it’s the only one.

The truth is, by the time the stuff is processed, bottled and shipped, it has already lost much of its freshness and potency. That’s why you have to apply it every four hours. However, if you were to get a batch directly from the source, you’d see much better results. Now, I don’t usually do this, but for my favorite Disney princess, I’d be willing to bust a nut right in your face twice a day, every day for the rest of your life.

I know what you’re thinking. This offer is too good to be true. What’s the catch? Well, there isn’t one. That’s right—you get a lifetime supply of the twice-daily Satan’s Ejaculotion regiment to be applied to both your face and tits, along with a free session of anal penetration from the biggest cock in the universe for little more than the cost of a cup of coffee at Starbucks*. You’ll be the envy of all the other doll-faced pop icons when they get a look at the suppleness, texture, and radiance of your new complexion. Some of them may be so jealous that they’ll even kill themselves.

* According to the most recent issue of Spirit Monthly, the estimated value of souls belonging to 25-to-105-year-old mega pop stars is about $2.85. At the time of this publication, the cost of a “Venti” coffee at Starbucks is $2.45.