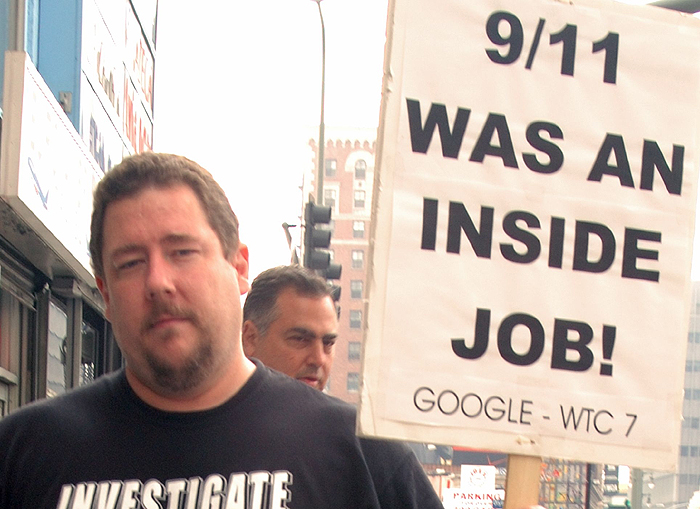 Melvin scrolled through his Facebook feed and shook his head. How could people be so blind? He wanted to scream it from the rooftops, but it was difficult to discuss these things person to person. Out in the real world who knows what might happen? And it just didn’t seem polite.

He took a deep breath and started to type. He didn’t know it, but the feeling of being heard, of standing up for your beliefs, felt like getting high. The anticipation of attention made him high. He tingled as he typed.

9/11 was an inside job, the Twin Towers were brought down by controlled demolition,

it’s obvious to anyone who sees the footage but none of you wants to see! The globalists

have you all hypnotized, you believe whatever the mass media feeds you. Wake up!

How could people not see the plain truth right in front of their eyes? The truth is difficult to accept, sometimes people got angry with you for moving it, but it was his duty. His eyes were drawn back to his phone. Someone was typing a comment.

Manfred Turtleson (that was Melvin’s screen name) I have a question for you. Do you

What an idiot. Melvin tap tap tapped at his phone. The only thing that felt better than attention was winning an argument, and he always won every argument.

“Do you believe in God?” (Melvin liked quoting his opponents in his replies). Of course

not. I believe in empirical evidence. I’ve heard this argument before, that believing

in conspiracies is like believing in God. Typical. You have no idea what I believe in,

but I bet I can guess what YOU believe. Talk to me when you’re ready to stand up against

the hegemonic oligarchy that is the United States.

Melvin was salivating. It was difficult not to get excited. Dealing with these people was so frustrating. Either they refused to see the plain truth or went off on wild tangents.

If there is no God, who created the universe?

Melvin couldn’t help laughing. What a simpleton! This was too easy.

infinitum. Why not just stick with what we know and start with the universe? Much

Sometimes you had to punctuate your arguments with an insult. Condescension didn’t always translate to text.

OK, so here’s my question. If the Twin Towers were brought down by controlled

demolition, why bother crashing airplanes into them? Why not just blow them up

and say the terrorists did that? They would’ve had to sneak explosives in anyway,

right? So why make it more complicated with the airplanes?

Melvin laughed out loud, it almost sounded like a bark. Who the hell was this guy? How could he not see? It would be too obvious without the airplanes.

You really are a sucker. The airplanes provided another layer of distraction. The

public is stupid, but not that stupid. The US government couldn’t risk just blowing

up two enormous buildings in front of everyone, too many people would have to

Melvin exhaled, more confident than ever. He wanted a response, but he was afraid he might not get one. His argument was just too bulletproof. He couldn’t blame this guy for not wanting to keep embarrassing himself. His eyes were drawn to the screen. Someone was typing a response.

than not crashing two giant airplanes into the Twin Towers?

Car doors slammed and there was a rustling downstairs. Melvin’s wife and kids had just come back from the supermarket. He looked at the door of his room, toward the sounds of them, then back at his phone.