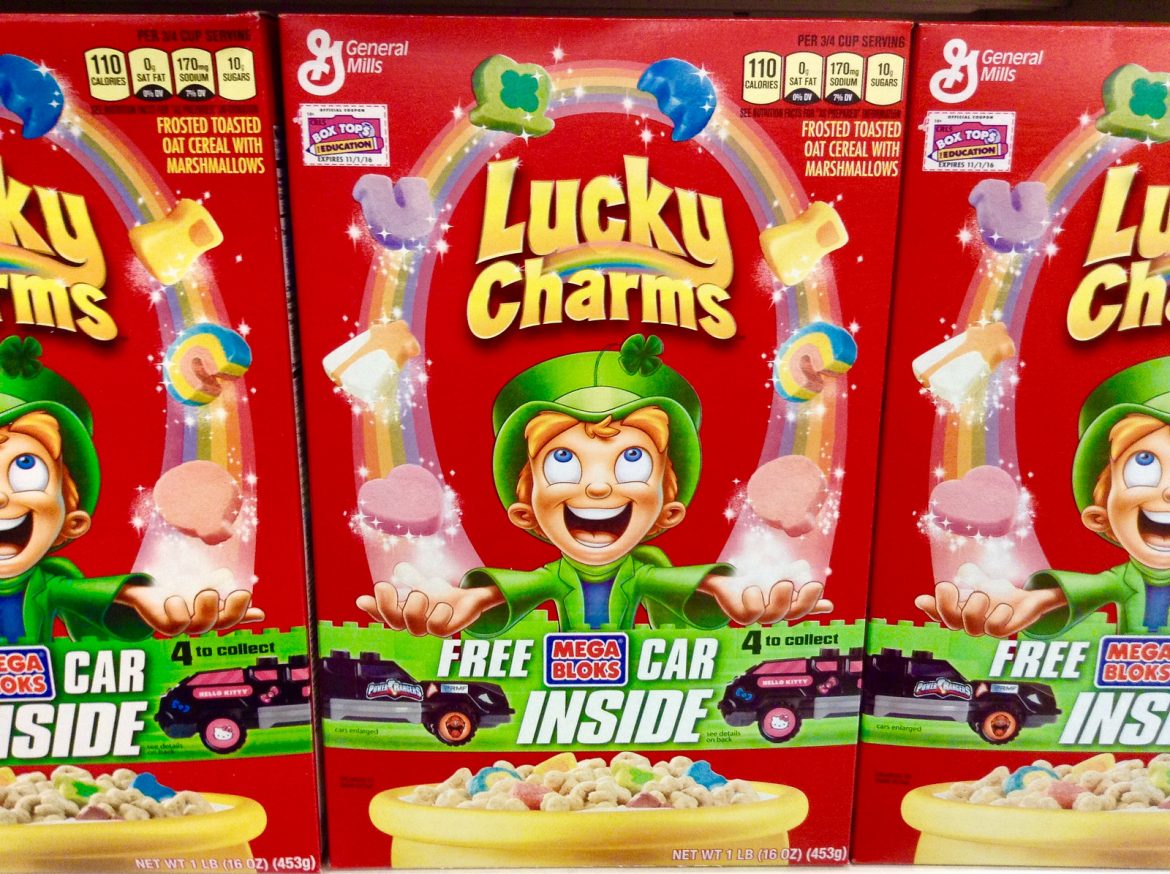 If you are going to eat Lucky Charms, eat it with both milk AND caution. The picture on the box promises many things, but what it actually delivers is sugary sorrow. Upon pouring the puffy oat bits and stiff, dry marshmallows into my bowl, my spirit danced with child-like anticipation. However, after the first bite, I was clobbered in the life with the heavy shovel of reality. The oat bits sliced my gums, and the marshmallows melted my teeth. That’s not to say the taste was bad, because the flavor was actually ridiculously pleasant. Suffice to say if I had to distract a giant with the taste of this cereal so that I could escape his fury, I have confidence that I could free myself. However, taste is not the only reason humans eat cereal. And if the cut gums and ruined chompers weren’t bad enough, there is also the issue of the unfavorable LUCK I received directly after the consumption of this product. When one eats purple horseshoes, green clovers, blue diamonds, yellow moons and pink hearts, one expects to surge with the power of the gods. I anticipated instant wealth to befall me, perhaps in the form of leprechaun-quality doubloons stashed at the bottom of the box. Instead, I was the recipient of a falling anvil to the head not more than 20 seconds after finishing my last bite of breakfast. Skeptics may call this a coincidence, but I assure you this is not the case. Before I sat down to my morning meal, I double- nay, TRIPLE-checked the security of the rope which held aloft that anvil above me. Indeed, only the malevolence of a tiny, green-clad Irishman and his twisted cereal could have caused this tragedy. The three-inch bump on my head is presently being circled by three little birds which never stop chirping. If this is the kind of fate that entices you, then, by all means, chow down on this General Mills abomination. If falling anvils are the prominent feature in your concept of Nirvana, then let me not discourage you. Just remember one thing: Next time it might be a grand piano that falls!