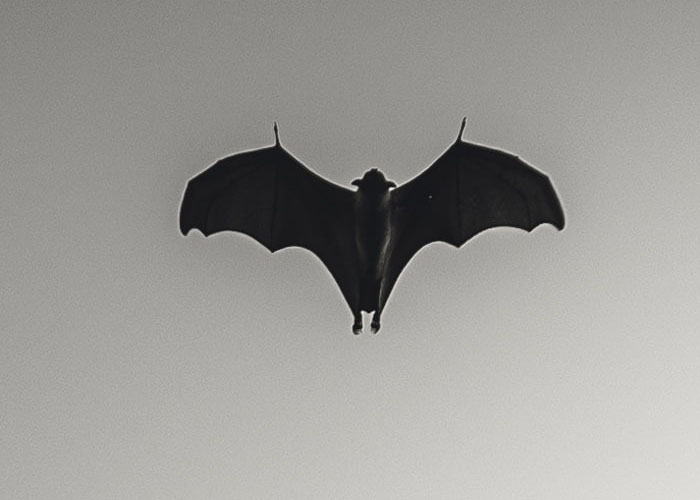 Lately, I’ve been having serious doubts about my decision-making skills. I have good intentions, but maybe they do pave the road to hell.

I adopt street urchins and orphans, which is good, right? Then I train them to live a life 1000 times more dangerous than being a street urchin. And for some reason, I built a fucking Batcave on the moon. Do you have any idea of how much that cost, and not just in money, but in human lives? Maybe I should have given that money to the Gotham Police Department instead and founded Bat Soup Kitchens and Homeless Shelters. I could have provided everyone in America with free Bat Healthcare, but instead, I needed a Batcave on the moon, for “reasons.”

And the Bat Space Shuttle, and the flying Batcave, and all this other ridiculous crap. I spent $5,000,000 last year on bat-shaped throwing stars.

Technically, I’m not insane. I’m aware of reality and conscious of my decisions, but looking back at most of them, how could I not be? I did CrossFit to fight Superman, and if that isn’t delusional, I don’t know what is.

By some miracle, I won. He’s the biggest threat to the world ever, and has a blatant disregard for human life unless it’s shaped like Jessica Rabbit. I know he’ll eventually snap from never being able to fuck as hard as he can, but I let him live anyway, because of “reasons.”

I’ll never get another chance. He isn’t so reckless anymore, and the way he looks at me sometimes, I can tell he’s thinking about stomping me into a puddle. So now I consider him my very best friend (right after my butler of course).

I know I’m detached from reality, but I thought that was just because I’m so wealthy. I actually asked a bum why he didn’t have his butler scrounging for food in a dumpster, and instead of buying him a sandwich or getting him a job, I brutally beat him and threw him in prison.

Maybe it’s time to retire, but if you do me a solid, I’ll take out Putin for you. I am literally batshit crazy, and a ninja. And I already have a Putin-Buster Batsuit. It’s really more of a gigantic robotic exoskeleton made out of titanium, kryptonite, and for some reason, blood diamonds.

Let me know. And thanks for taking my parents you fucking assholes. Now that I think about it, I should really be on Putin’s side, but I gave you my Batword, and my Batword is my Batbond.

Sincerely,
Batman
PS: You’d think telling women you’re Batman would totally win them over, but it seems to do the exact opposite, so maybe I should stop?

Dear Batman (If that is your real name),

Instead of pouring all your money into a Batcave on the moon, or even a Superman-busting Batsuit, you should be building a Super Sexbot that Superman can fuck as hard as he wants. Shape it like Jessica Rabbit or Amy Adams or his own fucking mother if you want. Actually, I’ll take a Diane Lane robot for Myself if you’re making extras. Fucking a robot wouldn’t count as me breaking my celibacy, would it? It’s just masturbation. I should ask AOC if that’s a deal-breaker for her. As someone young and liberal, I’m sure she’s sex-positive, plus it would just be something to tide me over until our wedding night. Once AOC and I are married, Robot Diane Lane and I can just be “friends.” You have no idea how hard it is to stay celibate in Heaven when all the women who ever lived are constantly throwing themselves at me. I mean, Marylin Monroe is here for fuck’s sake. Even JFK couldn’t say “no” to Marylin Monroe and he was a gay communist.

An alternate to a Super Sexbot would be Kryptonite condoms. Obviously, it couldn’t be 100% Kryptonite or his Superdick would fall off, so some kind of Kryptonite-latex compound is probably what you’d want. The problem is I doubt you could get Superman to wear a condom. At least with the robot, you could trick him into thinking it was a real person. I mean, he’s not even human, so he probably wouldn’t be able to tell the difference. Now that I think about it, it couldn’t hurt to put some Kryptonite inside the robot, just in case. Superman has never had a full-on orgasm, so who know what will happen? Maybe after he blows his Superload, he’ll just pass out on the bed like a regular man, but maybe he’ll go on a murderous rampage and destroy the planet.

I can’t believe people never call you out on your inappropriate relationship with minors. Jesus didn’t want to bring it up on account of the hypocrisy (<cough> Catholic priests <cough>) but we’re all thinking it. I know you never touched Dick Grayson’s dick, but you two were showering together and giving each other soapy massages when he was only 13. It’s fucking weird. Michael Jackson weird. And the fact that all of your sidekicks have to be called “Robin” is upsetting in its own right. You’re like a pet owner that can’t accept when your dog dies, so you just get a new one that looks just like it and give it the same name. Sometimes I think you intentionally try to get your Robins killed because you don’t want to see them grow up.

Here’s a truth you’re probably not ready for: your parents are down here in Hell. Why? On account of some disturbing shit they did to you that you’ve repressed. The problem is, once you’re here, all of those ghastly memories are going to come flooding back, and no amount of brutal vigilante justice will make them go away. Sure, you can slice up some demons with your fancy Bat Ninja Stars, but I’ve got an endless supply of demons, and you’ll eventually run out of stars. And you won’t have access to your Cayman Islands bank accounts to buy more.

And here’s another truth bomb: Even if you weren’t a violent pedophile with daddy issues, you’d still be going to Hell because of the Bat Cave on the moon. The only thing worse than a rich asshole is a rich asshole who squanders his fortune on a ridiculous vanity project that benefits nobody but himself. The only difference between you and Jeff Bezos is the hair. Maybe once you’re both down here, the two of you can do CrossFit together, which in Hell, involves cobras being jammed up your anus while you do pullups on an electrified bar over a lava pit.