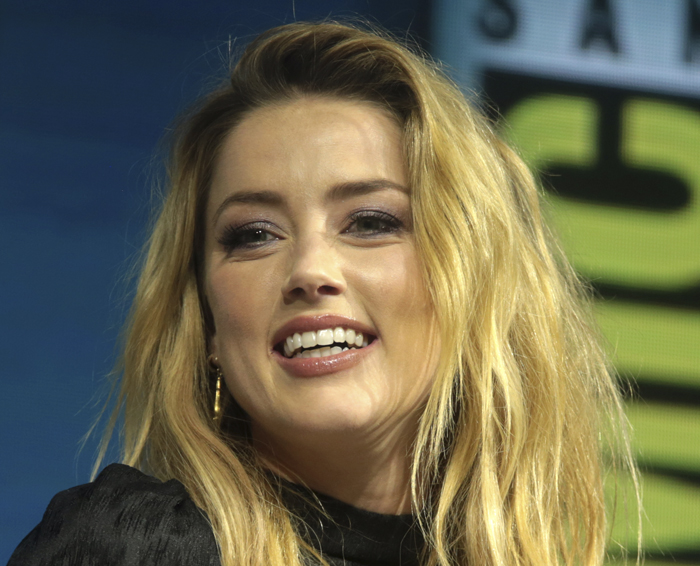 I’m so hot, most guys would pay me $50 to spit in their face and stomp on their nuts.

As far as chopping off pieces of finger, or pooping on beds, who’s to say he wasn’t into it?

Marriage is complicated. Sure I’m about the same size, over 20 years younger, and in much better shape than him, but he’s a man, so I’m the victim. Even though he was kind of a bitch. He’s even worse than my new girlfriend, who I’ve also had to slap around a little. She looks all meek and innocent, but the constant bitching and moaning when all I want to do is relax and watch my stories drives me crazy, and I’ve warned her 100 times.

Men have said this about hitting women, and I’m going to say it about Johnny and men in general. Sometimes, they deserve to be hit. And as an empowered woman, I can get away with it!

As men yourselves, be honest. Haven’t you ever wanted to just slap a bitch? Some crazy, drugged-out lunatic is swatting and screaming at you, and you just want to rear back and slug her, and then maybe cut off her finger and poop in her bed.

It’s natural. And again, a lot of guys (and gals) would pay me for all of it, even the poop.

This is just the price you pay when you hook up with an incredibly hot piece of white trash. Honestly, what did he expect?

Sincerely,
Amber Heard
PS:If you want me to slap you around a little, I’ll do it for free. And then probably shame and sue you, too.

I can see why you couldn’t resist beating up Johnny. He looks like one of those pig carcasses that Rocky wails on in the back of the butcher shop. The thing is, most people (at least the ones who aren’t entitled Hollywood assholes) realize they’re supposed to resist their violent urges towards their spouses. You seem to think you can get away with it because you’re “hot”, but I disagree with your premise. Personally, I’m not into generic blondes with ice-cold smiles, and you’re as generic, blonde and ice-cold as they come. Really, what’s the difference between you and Blake Lively other than the fact that she’s not a total bitch?

I’m the One True God—I don’t pay people to slap me around, I’m the one who does the slapping. Have you read the Old Testament? No, of course you haven’t. You can’t read. Anyway, technically I’m responsible for all the rape, murder and genocide that has ever happened in the world because I didn’t lift a finger to stop any of it. People have been trying for years, but they’ll never be able to cancel Christianity. At least not all of it. I’ve already been metoo’ed and it didn’t change a Goddamn anything.

Johnny Depp looks like a baseball glove that’s been soaked overnight in a toilet full of shit. I want to take a piece of steel wool and scrape off his stupid facial hair. The thing is, he’s so fucking stoned, he wouldn’t even feel it, so what’s the point?

Anyway, I know you’re off dick for a while, but I can’t help but think it’s because your ex was so inadequate. If the public knew how small Johnny’s cock was, they would remove his star from Hollywood Blvd. He was so fucking high all the time that he rarely was able to get it up, and when he did, he would blow his wad within 30 seconds and pass out while he was still inside you. That would be enough to turn any woman gay, but before you close your vag to dicks forever, I’d like you to consider my 12 inches of barbed dickstruction. It stays rock-hard all night long and when I cum, I shoot fire instead of semen. Does it hurt? Yeah, your vag will get a little burned, but it’s exactly the kind of pain I know you like.