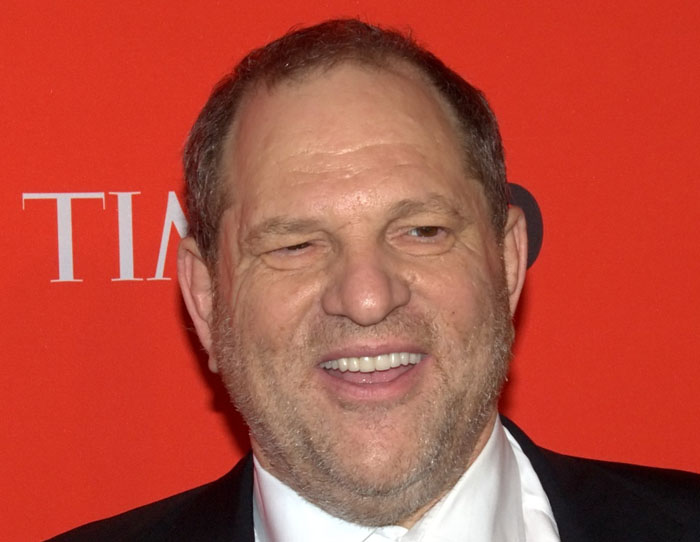 I’m nearly 70 and look about 100, like a half-inflated Snoopy balloon. Have you seen me shuffling in and out of court all hunched down and broken over my walker? I can’t even lift one entire foot off the ground anymore.

This ordeal has taken a toll on me. At first, I was faking the shuffling and drooling, but I’ve got to tell you, the collective wrath of a small portion of people on Twitter and Facebook is really demoralizing, even for a self-centered bastard like me.

The thing is, we’re all self-centered bastards, including all the chicks I banged. They wanted to be stars and were willing to go through me to make their Hollywood dreams come true, quid pro quo.

I won’t live to see any of the legal ramifications of my actions, and looking back on this sordid adventure, it was worth it.

At first, I was sad I wouldn’t get to make movies anymore, but the only reason I got into the business in the first place was to fuck hot women. Where else are you going to find hot women who’ll fuck you for a role? So for me, mission accomplished.

Some people just aren’t handsome or charming or loveable in any way, so what exactly was I supposed to do? Die a virgin in my mother’s basement?

I don’t remember how all of this started, or whether I made the first move or some actress. But once I got a reputation, women started coming to me, and I don’t blame them. I’m actually incredibly grateful.

Here’s to hoping you guys are a little more forgiving than the hypocritical bastards down here.

The bad news is I am much less forgiving than those hypocritical bastards on social media. You’re already feeling my wrath on Earth and once that heart attack kicks in, you’ll be moving downstairs with Satan and his rectum cobras. I know we told you two years ago that a heart attack was heading your way in six months, but don’t assume we forgot or that you’re off the hook. To us, “six months” can mean anything from one week to 50 years. Trust us—that heart attack is coming, and it’s going to be massive. And someone is going to capture it on their phone and put a clown filter over you and it’s going to be hilarious.

The good news is there’s an alternate universe where none of this happens. I’m not supposed to talk about alternate universes because the concept kind of undermines Christianity as objective truth, but I’ve decided to come clean. I’m going to make a big announcement soon where I explain everything, but for now, just take my word for it. Anyway, in one of the universes, you’re extremely handsome and every woman instantly wants to fuck you. You’re still kind of an asshole, but at least you never force yourself on anyone or publically jerk off into a potted plant. Just a heads up—there are other universes that are even worse than this current one. In one of them, Terry Crews throws you through a 14th story window after you grab his crotch at a party. Afterward, you live 20 more miserable years as a homeless vegetable, getting shit on by rats and pecked by pigeons. A raccoon will eat your eyeballs while you’re sleeping, but you won’t even feel it. In another universe, Salma Hayek and Rose McGowan team up to get revenge by cutting off your dick and forcing you at knifepoint to eat it. Then they keep you chained naked in a basement until you starve to death, making it so your own pecker is your last meal. So I guess the moral of the story is to be thankful for what you have because it can always be worse.

Jesus forgot to mention the alternative universe where you die a virgin in your parent’s basement. That’s actually my favorite version of you because you’re like the Comic Book Guy on the Simpsons, except even more ugly. Your death will come at the hands of a disgruntled Japanese sex robot that you purchase online with all of your life savings. One day, she’ll see the two of you fucking in that ceiling mirror you installed and she’ll be so disgusted that she’ll stick her finger in an electrical socket and fry you both. This will go down in history as the first ever murder/suicide committed by a robot. Your bodies will be melted into a big pile of meat and circuitry, which in my opinion, is pretty fucking romantic.