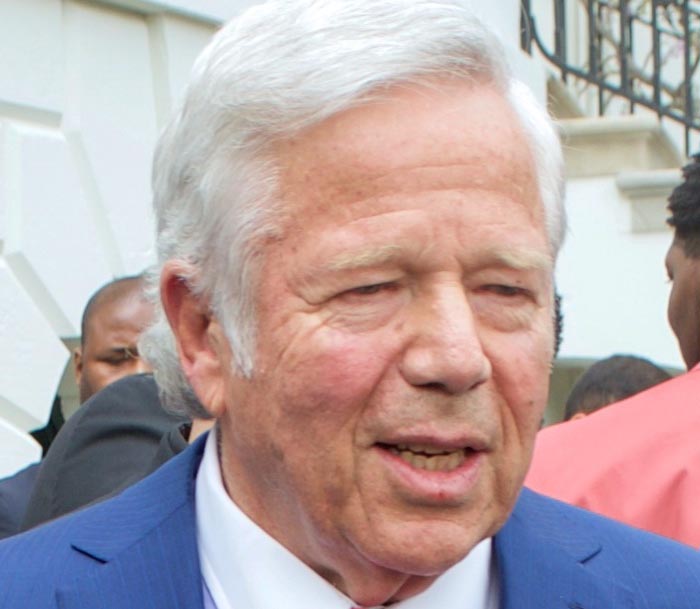 What the fuck? Isn’t prostitution legal? I mean I know it isn’t technically “legal”, but it’s everywhere. Everyone knows it. What do you think those ads for personal escorts are for? Jesus Christ.

And what the hell is with these young people today? I’ve never seen a bigger bunch of busy-bodied tattletales. They’re worse than the Catholic church. For the love of God what a bunch of fucking prudes. So no prostitutes allowed is what they’re saying? That I’m “exploiting” women? That hooker cost me five large, so who exactly is exploiting who? Don’t get me wrong, she was worth every penny. My wife, God bless her soul, is dead. And do you know how many women are interested in having an honest, meaningful relationship with a 77 year-old billionaire? I’ll tell you how many: zero. And I don’t blame them. They want a relationship with the billions of dollars, not some shriveled up old man.

My partner gets it. She’s from Salt Lake City if you catch my drift. The idea of one man, one woman isn’t taken so seriously in Utah. It’s the one thing those fuckers aren’t uptight about.

Reporters are saying this conversation is long overdue, that it’s about time we brought this out into the light of day. Are these people fucking kidding? There’s prostitution in the bible. Lots of it. Prostitution has been going on since the dawn of time. Oh my God, a rich old white guy hired a prostitute! For shame! How shocking!

Honestly, these people make me sick. I know most prostitutes don’t want to fuck me or whoever they fuck. Most coal miners don’t want to mine coal. Most people don’t want to do a goddamn thing. This is why we pay them money–to do shit they would otherwise refuse to do.

Breaking news! Old man pays for sex. And prostitute doesn’t like her job, says she only does it for money! Holy shit I think I’m going to have a heart attack. The shock of it all! An old man, paying for sex? From an attractive young woman who wouldn’t otherwise have had sex with him? This is just unimaginable! It’s worse than slavery!

What do you think about all of this? How has the world come to this point? Do they think prostitution is ever going to actually end, or that that would be a good thing? Are they crazy?

I’m the first to admit prostitution can be pretty cool. Heck, some of my best friends on earth were prostitutes. And thanks to Dan Brown and The Da Vinci Code, some people even believe I married a whore and had children with her. But we’re not talking about plain old run-of-the-mill sex-for-money exchanges, are we? We’re talking about human sex trafficking. You are the billionaire owner of the greatest football team in history. You could rent out the entire city of Las Vegas for a weekend and fuck the hottest high-class hookers in the world, but instead, you choose to head on down to a “day spa” in Jupiter, Florida and pay $79 for a hand job? Call me crazy, but I can’t help but think the slavery element must be part of your kink. You are the owner of a team largely comprised of descendants of African slaves. If you think about it, owning human beings is really your whole identity.

Well, today I’m going to set the record straight once and for all regarding what I, Jesus Christ, really think about slavery. It’s wrong. People shouldn’t own other people. They shouldn’t coerce them into having sex and they shouldn’t force them to toil in fields or along railroad tracks or in prison yards. It’s stupid that I even have to say any of this, but apparently, the Bible wasn’t clear enough on the issue. So yeah, let me repeat: slavery is bad and you shouldn’t do it.

Conversely, the Bible was a lot clearer on how I feel about billionaires. I stated very plainly that you should give away all of your money, and spelled out the consequences for not doing so. I haven’t read the darn thing in a while, but I remember this brilliant metaphor about passing a unicorn through the eye of a needle or something. Maybe it was a camel? No, that doesn’t make sense—you can’t pass a unicorn through the eye of a camel. Trust me, I’ve tried. Anyway, the point is I’m a damn hippie who believes strongly in redistribution of wealth. I have my priests and pastors pass around collection baskets in church for that exact purpose. You’re Jewish, so you probably didn’t know about the church baskets, but that doesn’t excuse your greed. You were on my shit list even before this human trafficking thing, and now you’ve just sealed the deal. Good luck down there in Hell. Satan is a Giant’s fan.

18 wins, 1 GIANT loss. That’s what it says on my favorite T-shirt. Yeah, I know that was a long time ago at this point, but I don’t think I’ll ever stop bringing it up. I remember how upset you were after that—you spent three straight weeks in Florida binging on cocaine and happy-ending massages.

Anyway, Jesus is right. Eventually, I’m going to have quite a collection of New England Patriots down here, and you’ll be my favorite. I know you’re not as famous as Tom Brady, but you’re the most morally bankrupt. Tom may have deflated a football here and there, but he hasn’t yet gotten himself mixed up in any human trafficking scandals. Though I guess there’s still time. Either way, he’s going to get fucked in the asshole by a robot grizzly bear. But you should be so lucky. At least his bear won’t be ejaculating sulfuric acid into his eyes like yours will.