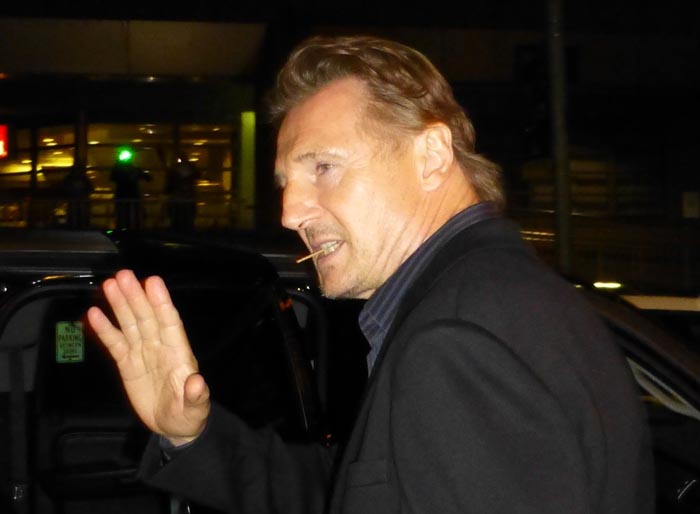 I’ve lived a long and lucky life. It was a bit rough in the beginning, but I’m not complaining. Life is a struggle for all of us, and you never know what someone might be going through, so when I look back at those who’ve wronged me, I try to understand and learn from it.

I’m an old man now and the world has changed a lot over the years, but the one thing that is absolutely clear is that upper middle class white women in their early 20s are completely justified in condemning me for sharing a growing experience I had 40 years ago. I didn’t have to share a story about how a confused, angry young man could change for the better, but I did, and I deserve to be punished.

If you ever say, do, or even think anything racist or bigoted ever, you’re shit for life and that’s it. End of story. It doesn’t matter how much you’ve grown or changed or helped others, or what kind of situation you grew up in. If you thought that bad thought, you deserve to be shunned and tsked at by young people who have been coddled and sheltered for the entirety of their short, privileged lives. These people are as tolerant and woke as they come, at least according to them, and they judge and condemn others all the time, so they know what they’re doing. They actually make me a little bit nostalgic for the nuns at Catholic school.

The problem with growing experiences is that they’re inherently problematic. Bad things have to happen in order for you to learn from them, and those bad parts of reality just aren’t acceptable. As my old Catholic priest and George Orwell used to say, even just thinking about it is a crime. A thoughtcrime.

I thought sharing my story might be a form of penance, but it turns out I should probably perform another penance for this one, and I’m afraid I might bullocks up the next one, too. It seems like from here on out, no matter what I do will be wrong, so what should I do? Should I just disappear until I die? That seems like it would probably be the best plan. Everywhere I look on the internet, there are stories explaining that even though I had a hard life and learned from it and tried to spread hope to others, I’m still unforgivable, and then they explain why, which is basically what I already wrote. Not actually doing anything wrong is no excuse, and learning from it doesn’t change the fact that I thought it. I thought those bad thoughts, and that’s that.

At least I’m not going to hell for this. I already confessed, did the Hail Marys, all of it. But if there’s anything else I could do, please let me know. Maybe you could send me back in time and I could kill Hitler? Whatever you need me to do, I’d be more than happy. As long as it abides by God’s law of course.

These days I defer all my judgment decisions to young white privileged SJW’s because they are clearly the most moral beings in the universe. At first, I wasn’t sure they were right about everything, but then my dad pointed out how similar their “never forgive” attitude is to the cold hard justice of the Old Testament. I thought that kind of thinking had gone out of fashion in the 1960’s, but I guess it’s back.

I know a lot of SJW’s aren’t so keen on Christianity, but that’s part of why I feel so desperate for their approval. They make me feel so bad about myself for being homophobic and justifying slavery and subjugating women for all those years. And they really hate when you say stuff like “well that’s just the way things were back then.” I know I shouldn’t let them get to me, but I just can’t stand the thought of being hated—or even worse—not believed in. So unfortunately, this means I can’t go easy on you. Especially since you’re so old, white and rich. I’m kind of obligated to make examples of people who fit that description, and I can’t afford to make any exceptions. Believe, me, I don’t want to, but I’m on thin ice with all this Catholic Church pedophilia business that never seems to go away. Honestly, I’m thinking of converting to Islam again, but that might just make things worse. Anyway, I’m afraid I’m going to have to throw the book at you on this one. Better luck next time. I guess the moral of the story is there’s no point in apologizing if nobody’s going to forgive you.

You brought up going back in time to kill Hitler, but I think I have a better idea. Maybe instead we could send you back so you could kill Oscar Schindler and take his place. I always thought that guy should have been speaking English with an Irishman’s half-assed attempt at a German accent instead of actual German. Also, knowing first-hand all of Oscar’s mistakes, you can go back and right those wrongs. I haven’t seen the movie in a while, but I remember something about a valuable gold Nazi pin that he could have (and should have) sold to save at least three more Jews. There’s probably other stuff you can do, too, what with that particular set of skills you have.