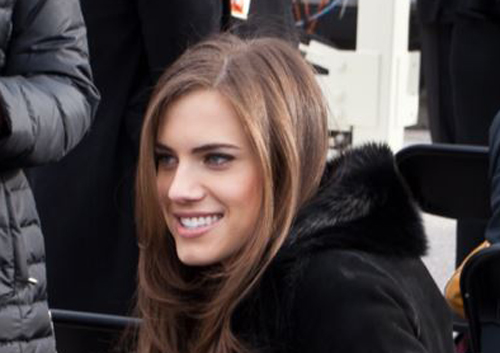 I’m one of those hot, relatively young, interchangeable actresses in the mold of Amy Adams, Jenna Fischer, and Isla Fisher, except I’m a slightly newer model in the Amanda Peet mold.

The truth about hot white girls, and even ones who are kind of ugly like Lena Dunham, is that we’re all kind of evil. All women are.

Anyway, like Amanda Peet, I’m a lean, taut, blue-eyed brunette, and you can kind of tell that I’m evil just by looking at me, which is irresistible to most men. I was perfectly cast in Get Out. If you want to lure black men to their doom and Amanda Peet is out of town, you call me. Some might argue that a girl with a fatter ass would work better, but that’s really more true for Mexicans. And honestly, straight men aren’t fussy. Ass is ass as far as they’re concerned.

Anyway,I’ve been wondering lately if I have a soul. Are there other clones out there, or am I the first? As a woman, I’m naturally evil, but being a clone somehow seems to make me even more evil than usual. Maybe because I don’t have a soul?

As the Maker of Molds, I must object to you categorizing yourself with the likes of Amy Adams, Jenna Fischer, and the others. Most of those women are almost 15 years your senior. The fact is I created you using the Kaley Cuoco/Kat Dennings mold. I tweaked it a little, but that’s where your basic features come from. And I do mean basic.

I also have to object to your comment about all women being evil. Yeah, there was that whole business with the apple in the Garden of Eden, but that was a long time ago, and also it didn’t really happen. Nothing in the Old Testament really happened. Those stories are just allegories, and that particular story was meant to warn humans about the dangers of talking snakes. Since then, talking snakes have gone extinct, so the story is no longer relevant.

As for your question about whether or not you have a soul…well, this is embarrassing, but I see now that I forgot to put one in you. There was a week back in April of 1988 when I set the Basic White Girl Maker to “auto clone” while I went to take a shit. I came back to find that something had gotten caught in the gears and suddenly the machine was spitting out white girls faster than I could insert souls. I tried to track down all the soulless bodies, but I guess I missed a couple. Sorry about that. Hey, look at the bright side—at least you won’t be going to Hell after you die. It’ll just be as though you never existed. But don’t take that to mean your sins will go unpunished. If you break any of my rules, I’ll drop an anvil on your head Bugs Bunny-style.

—Jesus the Maker (and BREAKER) of Molds
p.s. OK, now that I look at you, I guess you really do look a lot like a young Amanda Peet. But trust me, it’s just a coincidence. I retired that mold years ago.

Dear Blond Chick from Get Out,

Rumor has it that Clint Eastwood was working on an alt right version of Get Out* and you were at the top of his list to play the victim. I think you made the right choice doing Jordan Peele’s version instead. Even still, you better do some condescending “white savior” project such as The Help or Hidden Figures to make sure people stop thinking of you as the evil white girl. Maybe something like Step Up where you have a black boyfriend that you aren’t trying to lobotomize, and the two of you learn that the best dance routine comes from combining hip-hop with classical ballet. Also, you both have to be poor or lower middleclass. And it’s ok for your character to have one parent as long as your other one is dead and not a deadbeat, but your black boyfriend needs to come from a stable household with two contributing parents. One of them should be an immigration lawyer that works pro bono to reunite caged children with their families.

*I just started that rumor here in this post.