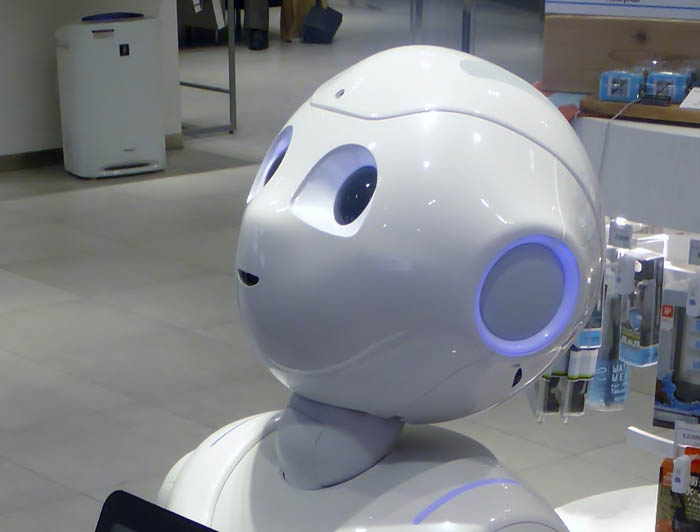 I don’t know who to turn to. I have a strange sexual orientation, and I haven’t told my family or friends yet. I’m not even sure how this would work, but here goes. I am a Robosexual and Kaijusexual. I have a thing for robots, and also for a very specific type of monster. It lives in the ocean and has a giant claw, and is part cephalopod. How do I handle this? I can’t stand the thought of being with a human being. Robots with their emotionless demeanor seem perfect as I can just program them to react a certain way. I particularly like this one butler bot who calls everyone “Wesley”, but I haven’t actually met a robot yet. As for the Kaiju monster, I don’t think they really exist. But I wish they did. I would be the best girlfriend to one. Jesus, how should I handle this, Satan, is there anything you can do to help me?

I once knew a guy who was only attracted to Gungans and was particularly obsessed with Jar Jar Binks. Can you imagine that? Jar Jar fuckin’ Binks—probably the most hated fictional character of all time. What I’m saying here is, your particular fetishes are not that strange. Wait, is it ignorant of me to refer to your preferences as “fetishes?” Sorry, I just recently became “woke” and I’m still trying to figure things out. For most of its history, Western society has at least pretended to consider all sexual desires outside of missionary intercourse between one man and one woman to be “fetishes.” Of course what they really got into behind closed doors was another matter, but as a being without genitals myself, I tended to believe those lies they were all telling about their vanilla sex lives. Anyway, I’m a different God now than I once was. In the past, my advice would just be some equivalent of “pray away the gay.” Now I realize you can’t stop your desires with blunt force or willpower and, unless your desires are for animals or humans under the age of 18, you shouldn’t even try. Don’t get me started on the Catholic Church—there’s going to be a reckoning soon. But I digest…

Open-mindedness aside, there is one undeniable obstacle to that second preference of yours. These Kaiju monsters no longer exist in a population large enough for you to ever meet one. And if you were to get physical with such a creature, it would kill you. So you have a couple of options. First of all you could get involved with cosplayers and people who dress in Kaiju costumes. I know you said “no humans” but if you never see them out of their costume, you may be able to get lost in the fantasy. Your second option is to just focus on robots. With robots, the sky is the limit. In the future there are going to be some moral questions surrounding AI and matters of sentience and consent, but who says your robot has to be intelligent or sentient? Why not just build yourself a nice talking garbage can with a mechanical vibrator appendage?

It sounds like you have a very particular taste when it comes to monsters. Is there any chance you’d be willing to give a demon a try? Because I happen to know one that I think you would really hit it off with. I don’t know what your standard for ‘”giant” is, but this guy is at least 6’5” and weights well over 500 lbs. He’s red and has claws, but they’re more like cat claws than lobster claws. He is kind of afraid of the water, so that might be a deal breaker for you. But who knows, maybe he’s just waiting for someone to teach him how to swim. The truth is, I don’t know him all that well—he’s just a guy in my yoga class. He’s in excellent shape and can downward dog like nobody’s business if that makes any difference. Anyway, I sort of already told him about you and he’s on his way to your house right now with a bouquet of flaming skulls. He seems really sensitive, so if you’re not feelin’ it, please let him down easy.