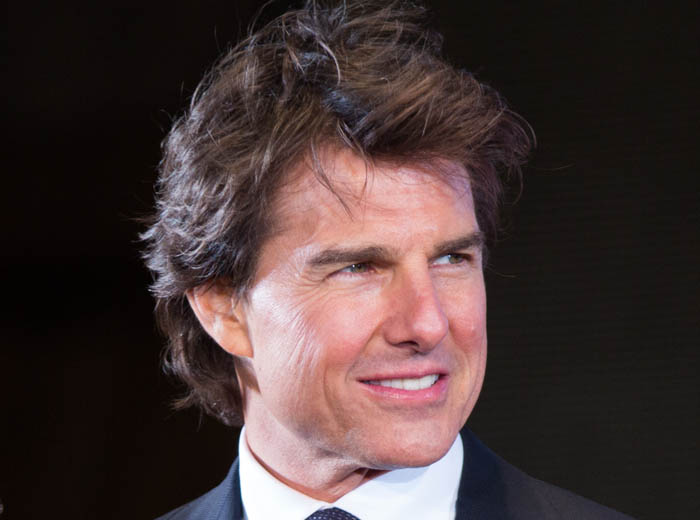 I am the biggest moviestar on earth. Not literally. That honor would have to go to whatever lesbian plays Chewbacca. I’m not a large man, but I am a large star. The biggest and brightest.

As far as the Scientology, is it really that much weirder than Christianity or any other religion? If anything, it’s more plausible. And for the regular guy, I get it. Scientology wouldn’t work for you. But if you’re Tom Cruise, you get slaves to wash your airplanes and alpacas and sometimes even kidnap Katie Holmes. Maybe I’m gay, but I’m not that gay. I had a big thing for Dawson’s Creek when I was in my 40s. Katie is the kind of girl who peaked at 15, but still, if you could have your slaves kidnap her, you would.

I also do my own stunts. I have what some might call a suicidal devotion to performing my own stunts, but it’s really just because I have balls. Would Stallone do what I do? No way. He’s a pussy compared to me.

I am a goddamn hero. A real life, flying airplanes, running down skyscrapers hero. Or maniac. In any case, I should be THE hero to every little man out there. Look at Tom Cruise. He’s crazy, he’s little, and he’s terrifying. Would you want to fight Tom Cruise? No you would not. Not unless you get off on that kind of thing.

So my question is this: what do you think about me being the first Scientologist president? The policy I plan to run on is kidnapping Katie Holmes. I, obviously, am for it. And when successful, I’ll extend this policy to every cast member of Dawson’s Creek. I will kidnap them all, and I will torture them all. And then I’ll get them to reenact every episode on the big stage. On Broadway, where they belong.

I feel the need, the need for speed,

Believe it or not, I went through a phase where I considered converting to Scientology. I had a thing for Jenna Elfman in the early 2000’s. Sure she was already married to Danny Elfman’s nephew by then, but I wasn’t planning on doing anything about my feelings anyway. Did you ever see the movie Keeping the Faith where Ed Norton is a Catholic priest and Ben Stiller is a rabbi and they both have the hots for Jenna Elfman? Spoiler alert: she doesn’t end up with the priest. It’s great being The Messiah and all, but sometimes I get so fuckin’ sick of being celibate.

As for you becoming the first Scientologist president, I say go for it. I’d vote for you myself if I were a US citizen (I’m actually Mexican—I’ve lived there ever since I was crucified and resurrected). The common folk will really get behind your kidnapping Katie Holmes policy, but you may lose them if you try to expand to James Van Der Beek, Joshua Jackson, or even Michelle Williams. Stick with what you’re good at. The problem with politicians these days is that they promise too much and then they can’t deliver.

—Jesus Christ, the One True God

The last time you wrote in I told you the way to solve your problems was to stage a coup and become the new overlord of Scientology. This is even more relevant if you have your sights set on the Oval Office. Current administration notwithstanding, political experience is usually a good idea. Even Reagan was the governor of California first. This is actually perfect because whoever rules Scientology rules over half of California by default. Just don’t go crazy and put up statues of Xenu in front of the state house or anything. Californians are extreme libtards and they get pissy when it comes to the separation of church and state.

I do have some policy advice for you though. Your kidnapping Katie Holmes policy is a great way to appeal to middle-aged men, but if you hope to win over the most important demographic (white men over the age of 60) I suggest putting equal focus on your kidnapping Nicole Kidman policy. It will remind people of your glory days. Your campaign slogan can be “Make America Kidman Again.” Also, if you’re planning on running in 2020, try to squeeze out one more Mission: Impossible movie in case Top Gun: Maverick turns out to be as shitty as I’m expecting.