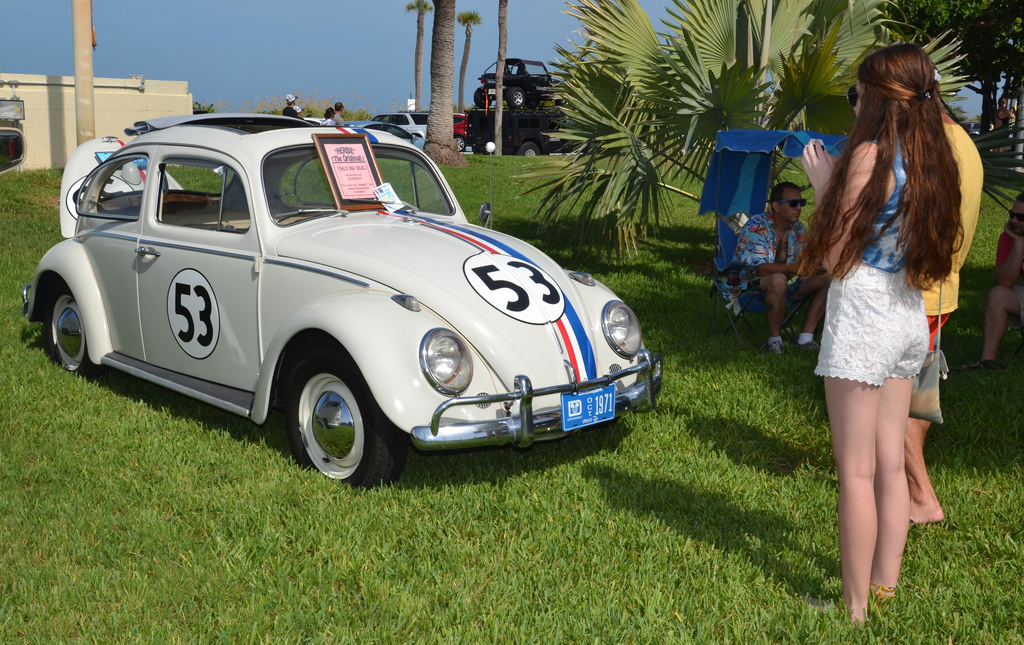 I was raised Catholic, and was told growing up that there was no such thing as ghosts (aside from The Holy Spirit, of course). However, one day I woke up to find my spirit possessing a 1985 Volkswagen Beatle. I’m not quite sure how I got here, and I’m not really sure what I’m supposed to do now. Is my new purpose to help a young boy win a race or the love of a young girl he’s sweet on, or is it to avenge my own death. And while we’re on the subject, I don’t remember my own death. Shall I assume I was hit by this car? I need answers!

Apparently, you neglected to look in your glove compartment, where I left you a note explaining your mission. Every once in a while, we decide to give a terrible person bound for hell (you) another shot at redemption by sending their soul back down to earth in order to prevent someone else from making the same mistakes they made. In your case, you’ve been sent to help Lindsay Lohan get her life back on track. Prior to her birth, we chose her to fulfill an important role. In 2020, she’s supposed to star in a remake of One Flew Over the Cuckoo’s Nest that will change the world, end all war, famine and bullying—that sort of thing. However, she seems to have lost her way, slipping into a life of drug abuse and other childish nonsense. We’re hoping that a reminder of her former glory will help her have the confidence she needs to change her ways. Now, let’s be clear—the 2005 disaster known as Herbie: Reloaded was so bad that I considered releasing a plague on Hollywood that would cause everyone’s genitals to become a pair of plastic dentures dangling from a string. However, from Lohan’s point of view, she was on top of the world at that time. She knew who she was and why she was here. So yeah, you gotta find Lindsay Lohan and help her. And, let me tell you, your mission won’t be easy. For starters, your transmission is shot, and you’re currently in Kittery, Maine—the furthest possible distance from Lohan’s Hollywood home. And if you don’t get there by this coming Thursday at 9:00PM PST, she’s going to be involved in a horrible drunk driving accident that will leave her without her tits and face, thus causing her to commit suicide the following day. Then theCuckoo’ss Nest director will be forced to cast Amy Adams as the Jack Nicholson character instead, and let me tell you, that won’t end well for anyone. So get your ass in gear! Literally!

It’s true, the forthcoming Cuckoo’s Nest remake could save the world. But think about this—you won’t be around to see it anyway. And, yeah, if you obey your marching orders, you’ll get a spot up there in Cloud World, but will that really be so great? I’m telling you, we have quite a lot of fun down here in hell. Anyway, what I’m getting at here is I actually have a proposal for you. See, I really want to fuck Lindsay Lohan. I mean I want her bad. Not only do I want her bad, I want her down here with me permanently. But if she goes through with what is prophesized and makes that world-changing movie, she’ll get a ticket into heaven and I’ll never get my hands on those mouth-watering melons of hers. What I’m asking you to do for me is simply ignore your mission. Don’t repair your transmission. Don’t drive to California. What you do instead is really up to you— run over small children in the parking lot for all I care. And then once Lindsay offs herself next week, she’ll be sent down here, and so will you. She’ll become my queen, and I’ll make you my deputy. Being my deputy is a really sweet gig, actually. You get to oversee the torture of some of the most famous villains of all time—Mussolini, Stalin, Gargamel, just to name a few. And if you swear your allegiance to me now, I’ll throw in a signing bonus. I’ll let you have one BJ and one tittyfuck from Lindsay before she becomes mine forever. Not bad, eh? So what do you say? You don’t really want to drive to California, do you?

I didn’t think so. See you next week.