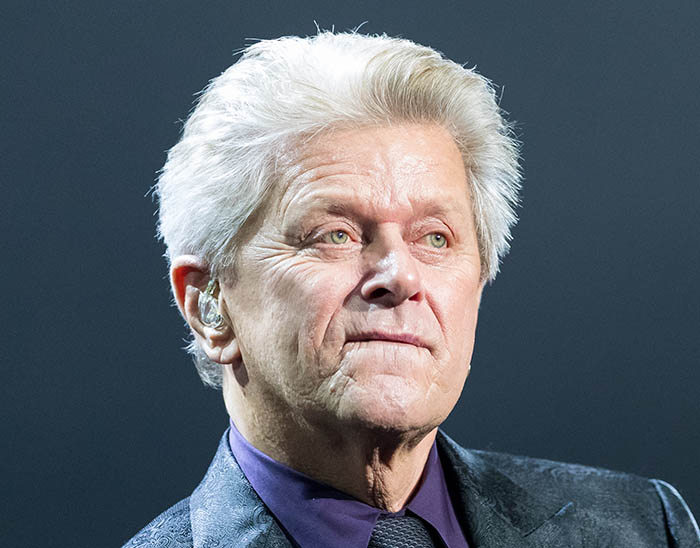 In the summer of 86, The Karate Kid 2 was tearing up theaters, thanks in large part to my hit single The Glory of Love.

Now that those guys are making money again on Netflix, do you think they called up good old Peter Cetera? “Hey Pete, how’s it been going the last 30 plus years?”

Of course they didn’t. They brought back just about everyone else who’s still alive, but for Peter Cetera, crickets.

They told me my songs were too linked with the 80s–that modern audiences just wouldn’t relate to them other than ironically. That’s when I punched Ralph Macchio in the face and told him–to quote one of his Karate Kid villains-—”Your karate is a joke!”

If you watch the first one, you’ll notice they skip over his fight with Dutch in the tournament as quickly as possible because no one would believe it. The other one, the blonde Nazi Youth main villain, now that guy is scary. He’s bigger, stronger, faster, and more athletic, and so were the “villains” in the sequels.

Remember Ralph Macchio being mocked for looking old and having breeders’ hips when the 2nd one came out? And look at him now, with his obvious eating disorder.

The Glory of Love indeed.

I know some make the argument that Macchio’s character was the real bully, which is bullshit. What bothers me more is all of the skinny wimps he inspired to go get their asses kicked. It’s a movie, you dumbasses. You believe in Gremlins and Terminator robots too?

At this point, I just want my fair share of the royalties, which I’m pretty sure they screwed me on. That song was enormous—it ruled the airwaves for months—and if you’re embarrassed about that now, it still doesn’t change the fact that you made it a hit and I want my money.

You might think from my songs and my age I’m a mellow old man, but that couldn’t be further from the truth. Well, the old part is true, but you don’t need good hips to pull a trigger, and remember how much The Glory of Love enraged you after hearing it on the radio for the 1000th time? I’ve been milking that bitch for decades, and it’s made me homicidal.

The truth is, serial killer was always my first career preference, but I didn’t want to go to prison (not enough sun for my rosy complexion). But at 76, I couldn’t care less. They lock me up for life, so what? How long will that be, maybe two or three years? So I might as well take Macchio with me. I’ll kill him any way you want if you promise to let me into hell.

I know all of you old-timey musicians were counting on royalties to allow you to coast through your golden years on a few hits you had in the 70’s and 80’s, but thanks to Napster, and eventually, Youtube and Spotify, nothing you did more than four months ago matters to anyone. And if it does, people can consume it for free, without you getting another dime. It’s a cultural shift that I, for one, am happy about. Nobody with a voice like yours should get to make millions of dollars singing, and when you disappear, you should stay gone. We’re living in times where everything gets preserved forever, but there’s just so much shit out there, that it all gets buried almost immediately by the new title wave of bullshit. The Bill Cosby of today is named Chris D’Elia, and he’s already been erased before he can earn his 400 million and ruin Jell-O Pudding for us. Tom Cruise was the biggest star in the world in the 80’s, and he’s still the biggest star in 2021. That’s because we stopped making stars. The Peter Cetera of 2021 is only famous on Twitch or Youtube, and his music never gets played in public, and it’ll never be in movies—mostly because fans on Twitch and Youtube never leave the house, and they don’t watch movies. Go ahead and kill Ralph Macchio if you want. Netflix cancels TV shows after 4 seasons no matter how popular they are, so by the time you pull the trigger, it won’t matter to anyone, except maybe his wife and kids.

There’s actually already a place reserved for you in Hell, but not because of anything you did. See, there was a clerical error, and your paperwork got mixed up with Rod Stewart’s, and now he’s going to Heaven and you’re coming here. I know what you’re thinking: how could anyone get you mixed up with Rod Stewart when you don’t look or sound anything alike. Well, the fact is, you’re both ugly and have annoying voices that sound like nails across a chalkboard. If it makes you feel any better, the office admin who made the error had his testicles burned off in a George Foreman grill as punishment.

The silver lining in all this is, now that you know for sure that you’re going to Hell no matter what, you can basically do whatever the fuck you want. You want to shoot the Karate Kid in the face? Go right ahead. You want to poison the city of Chicago’s drinking water? Knock yourself out. Really, you’re only limited by your own imagination. Personally, I would find more satisfaction in abducting some “famous” influencer, and then torturing and murdering them during a Livestream event. That would get the kids talking—at least for a week or so.