Movie Review- Star Wars: The Return of the Jedi 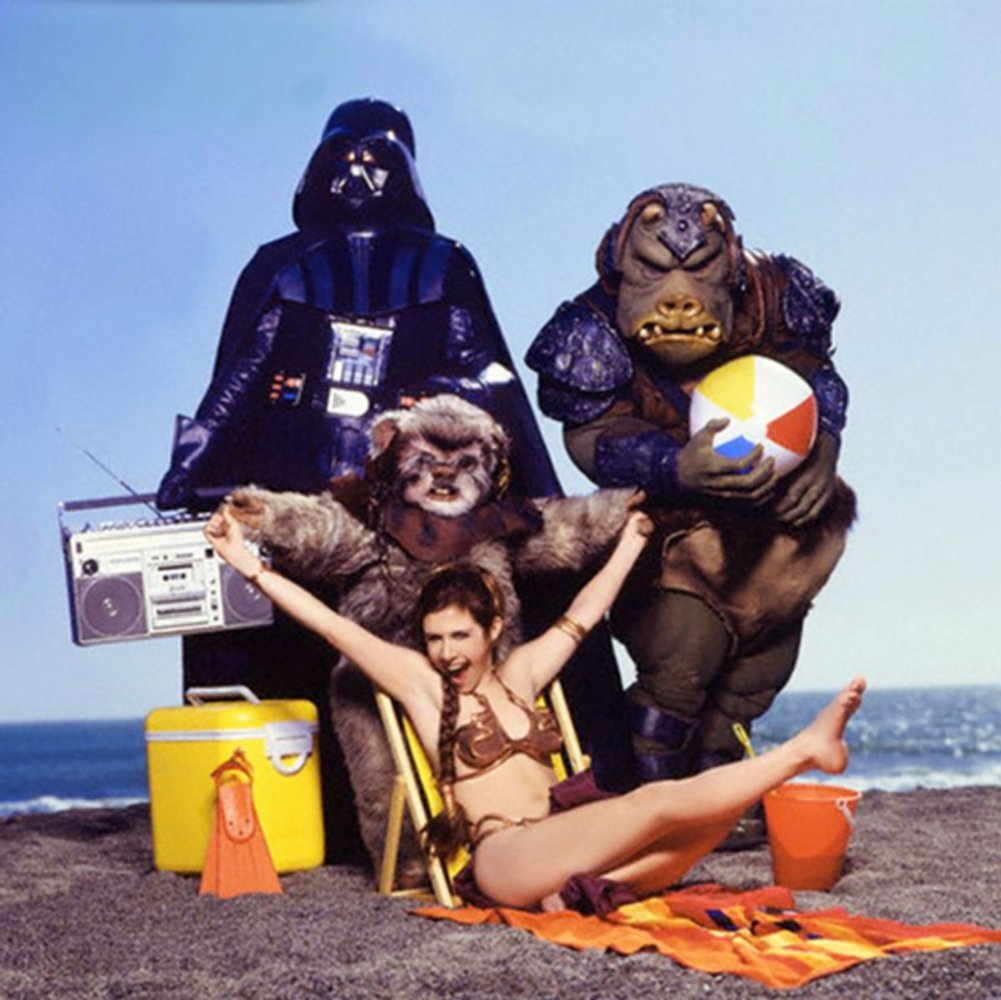 Star Wars: Return of the Jedi

Return of the Jedi is a symbolic exploration of the difficulties involved in expediting the elusive female orgasm. This theme has been taken up by more recent films such as Man of Steel and Star Wars: The Force Awakens, and was touched upon by the original Star Wars film released in 1977, but nowhere is it as explicit as in Return of The Jedi.

The Death Star, like the Empire, is barren and sterile. All is male, grey, and English. Cloaked within this cynicism is the somehow subtle manifestation of death as a feminine sphere, hinting that within death lays the potential for new life. This is most obviously, and prudishly, illustrated by The Force Awakens, in which the destruction of Starkiller Base (aka The Death Star 2.0) culminates with its rebirth as a star.

Likewise in Man of Steel, when the titular hero does battle with a massive, autonomous, robotic vagina (the World Engine). Despite its protestations and various defenses, Superman manages to penetrate and obliterate it. The subsequent release of energy spells the earth from the robovagina’s pounding thrusts of smokey destruction. Penetration, and its aftermath, are obvious here, but the rapidity and brevity of the act leaves most audience members justifiably unaware of its deeper implications.

Return of the Jedi disguises its sexual empowerment amidst a breathtaking foreplay of Ewoks, light sabers, and frenzied space battles. Once the Death Star’s defenses are down, the rebels, led by Lando Calrissian, literally fly into its birth canal, acrobatically twisting and turning as they rocket towards its all-powerful clitoris. The wingman Wedge again paves the way to a violent orgasm climaxing in a glorious O-shaped ring. The true meaning of this scene, and indeed the entire trilogy, is spelled out right in front of us.

Viewers who first saw this film as small children can be forgiven their sexual innocence, but the cheers of their oblivious guardians exemplified the regressive nature of American sexuality. When there is no cheer in the bedroom and physical intimacy is taboo, those “forced” to look elsewhere must be deceived in their pleasures. With no life partner or guilt-free sexual outlet to speak of, many a lonely virgin still spends night after night in wanton contemplation of this second and most spectacular infiltration of the Death Star.

Disney’s cunning purchase of Lucasfilms is an irony of exploitation. Whereas the original Star Wars trilogy exploited the latent sexual impulses of children, Disney now exploits the guilt-ridden repressions of those same children as adults. More than any other film in the series, Return of the Jedi epitomizes this dichotomy (or conflict) while simultaneously profiting from it.