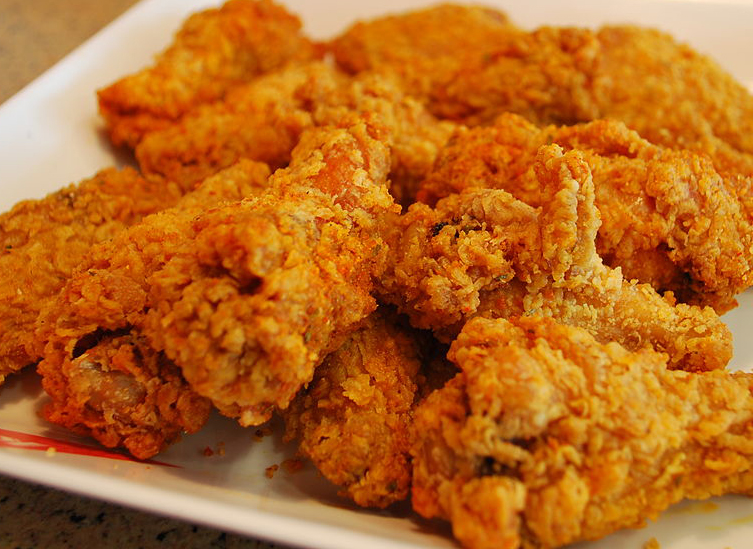 Paul sat hunched over a microscope, he was examining a sampling of the ants that had recently invaded his apartment. He removed and replaced slide after slide, meticulously examined antennae, eye, segment. After half an hour he admitted he knew nothing about ants. He would be better off taking pictures and posting them online, but how to take a picture of an ant? Would you just zoom in, or would it be better to take a picture through a microscope? Paul realized he knew nothing about taking pictures, he was wasting his time, he always wasted his time like this, he cared enough to wonder and waste time, but not enough to learn.

A tapping on his door disrupted his thoughts and the door popped open.

“Why do you bother knocking if you’re just going to barge in anyway?”

Paul tried to remember what he’d been thinking about. Ant photographers?

How did Lenny know about the ants?

“How can I have a presentation?”

Why would he have a presentation?

“The Chonken 55. Tell me you have a spare suit somewhere in here?”

Lenny rooted around in the lab, checked under piles of fast food wrappers, headed to a storage closet. There was nothing in it except for a mop, bucket and broom. Paul wondered who would keep a spare suit in a lab under fast food wrappers, he didn’t even have a spare suit at home. The ants would have gotten to it anyway. He had to stop thinking about ants. He shook his head.

“Don’t worry about it. They’re used to seeing me disheveled.”

Paul remembered. The presentation was just for colleagues, they all knew each other to some degree. The idea of dressing up for them was stupid. Did it ever really improve anything? Would the Chonken 55 be more palatable in a suit? Paul got up, put on his lab coat, headed to the door.

“Do you need any notes?”

“I think the Chonken 55 speaks for itself.”

Lenny looked at him bewildered.

“Jesus, Lenny. It can’t actually speak. I was speaking figuratively.”

Lenny looked relieved and followed him out the door toward the auditorium. They walked an empty hallway, the entire complex felt like it was underground. No windows. Paul knew that a good chunk of it was underground. They took an elevator down to a subbasement and navigated another long hallway. Lenny had taken the lead, he was always anxious about people being when and where they were supposedly supposed to be.

The auditorium was already dark when they arrived. Lenny realized too late that they should have entered by the stage instead of at the back, he tried to turn around but Paul gestured to keep going. They climbed onto the stage, Lenny signaled Paul to wait, Christ, he wants to introduce me, fine, let him. Lenny scrambled to the microphone and leaned in too close.

Feedback filled the room, the crowd winced, groaned, covered their ears. Lenny tapped the microphone and made it worse. Paul walked to the podium and disconnected it, the crowd applauded, it was a small auditorium, no need for a microphone or a suit or the dimmed lights. Lenny scuttled off stage and Paul looked off into the darkness. His eyes were adjusting, he could make out a few of his colleagues in the front.

“Hello everyone. I’m, uh, glad you could all make it. I don’t know where to start so I’ll just start. Are you guys familiar with urban legends?”

“I know, I know. Anyway, you ever hear the one about Kentucky Fried Chicken? Why they changed their name to KFC?”

Who was that? Was that Shirley Jackson?

“Who said that? Was that Shirley Jackson?”

There was no reply.

“Well, whoever you are, shut the hell up. I’m going as fast as I can, believe me.”

It was true. If this was done in the minimal amount of time it would seem off, like it wasn’t enough, like he didn’t care enough. It would be too honest.

“Anyway, the way this one goes, they had to change their name because the genetically modified bird they were serving was no longer close enough to chicken to legally be called chicken. So they changed the name to KFC, which doesn’t actually stand for anything. The bird was supposedly beakless and featherless with four legs, it didn’t have to be plucked or debeaked and you got two extra drumsticks out of each one. This story was going around, I don’t know, maybe in the late 80’s. As you know, some of this has come to pass. Nearly beakless and featherless chickens that just sit in cages all day growing and crapping. From the dawn of civilization to the 1950’s, raising poultry was pretty much the same. In the 70’s and 80’s, you start to get these enormous raised cages, thousands of birds inside, the cages are raised and the floors are made of wire so the constant stream of birdshit can just rain down. Some unfortunate people, it was their job to drive bulldozers back and forth under the cages all day, to clear away the shit. They interviewed one, he said at first he tried to wash the smell of chickenshit off after work, but he gave up after a few weeks. He resigned himself to smelling like chickenshit for the rest of his life.”

Paul paused. What was he talking about? He looked to Lenny for help, they spotted each other and Lenny rolled his hand in a bring it out motion. Paul heard the curtain rise behind him, he looked back and saw a 20 foot circular track, the floor was mesh wire, there was fencing on each side of it, running beneath the track was a trough or gutter. An arm was attached to the outer side of the track, it had two wheels and held a large feeder aloft. It looked like a modified Segway.

“Oh yeah. The Chonken 55. That’s what I think they called it in the story, and that’s what we named it, but as you’re about to see, we’ve made some, um, modifications.”

A section of track stage right opened to break the circle and a chute like an on-ramp connected to it. The Segway feeder shot back to position itself where the chute met the track, then slowly rolled forward as it began to dispense feed.

A naked, nearly beakless head emerged from the chute, there were dark folds where the eyes should be. The head lowered, as it slurped up feed the gray, featherless body kept coming, section after section of breast wing drumstick, breast wing drumstick. The Chonken 55 was over 10 feet long. When its body finally ended the crowd gasped and gagged, shit poured from its cloaca or asshole in a constant stream as it ate, it fell through the mesh floor and was collected in the gutter.

“We sell the birdshit to weapons manufacturers.”

Paul looked around for Lenny.

“Are we legally allowed to call this thing a bird?”

He’d said that to lighten up the crowd, but no one was laughing. The Chonken 55 started its second lap. The chute had been retracted and the track closed.

“We bred the Chonken 55 to excrete Potassium Nitrate, or, um, as close to it as is possible. A great deal of the extraction process takes place within the bird.”

Paul could feel the crowds’ revulsion.

“So as you can see, there’s virtually no waste.”

Lenny signaled to someone, the curtain dropped and the lights came up. Paul was tempted to leave, but stuck to form.

Shirley Jackson snapped out of it first. She didn’t bother to raise her hand.

“So the guano goes to weapons manufacturers, and I’m guessing the feet go to Asia or Asian markets, but where does the meat go, Paul?”

“Yeah, Paul. Where the hell does the meat go?” asked Barry Rodgers. Barry Shirley and Paul had always disliked each other, it seemed like all of their colleagues disliked each other. Did anyone like anyone? Did everyone always let you down in the end? Paul cleared his throat.

“The meat is available at all of your favorite poultry retailers.”

Paul stared out defiantly to let them absorb that.

Paul heard murmurs from the crowd, so this is why we weren’t allowed to bring cell phones, what an unholy monstrosity, my God is that thing already on the market, have I already eaten, that, dry heave, thing?

“Is the public aware of this? Will they be made aware?” asked Shirley.

Paul laughed. It took him a few seconds to compose himself.

“It’s supposed to be chicken you asshole!”

Bruce raised his hand and Paul called on him.

“24 hours, 36 hours, and I don’t think you want to know the answer to that last question.”

The crowd gasped. How the hell? Paul quieted them with his hands.

“I almost forgot to mention, because of the track, the Chonken 55 is technically a free range bird, which is extremely valuable from a sales and marketing perspective.”

The Chonken 55 probably didn’t have a soul. Paul thought most of us probably don’t. What good is a soul to a creature that spends its entire life walking in circles eating and shitting? He would have to get rid of the ants and start spending more time in his apartment, he felt like he needed a break from the lab.