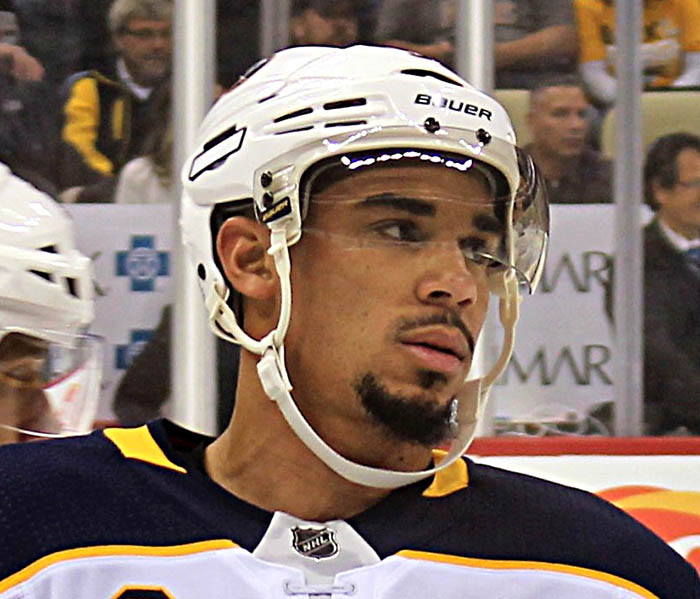 As one of the only black hockey players in the world, I’m kind of like a four-leaf clover, except I don’t bring good luck. Recently, I was given a 21-game suspension for submitting a fake COVID vaccination card, which is super embarrassing, because Canadians are supposed to be more sensable than our hot-headed American neighbors. Like a true Canadian, I apologized profusely once I got caught, but the guilt will haunt me forever. We don’t have guns up here, so walking around unvaccinated is the most dangerous thing you can possibly do in our society. Rules exist for a reason, and by subverting my employer’s health protocol in such an underhanded way, I’ve brought shame to my entire country. My suspension is little more than a slap on the wrist, and I fear a harsher punishment awaits me in the afterlife. Is there anything I can do to make this right so I can avoid the fiery pits of Hell?

Since you made a public apology, all is forgiven.

In case you Dudley Do-Rights haven’t figured it out yet, every fucking thing is political in America—including (and maybe even especially) public health. Athletes refusing to get vaccinated has been a confusing phenomenon for both the libtards and the MAGA mouth-breathers alike because the libtards are uncomfortable criticizing black protesters, and Trumpers, are uncomfortable agreeing with them. In your case, nobody really gives a shit what you do because, even though you’re black, you’re also a hockey player. Unfortunately, this doesn’t get you off the hook. While nobody outside of your kooky little country knows who the Hell you are, your little stunt has contributed to vaccine hesitance and works against the global effort to fight a pandemic that has killed millions of people. The fact that you didn’t even have the balls to be openly anti-vax makes it worse because it means you don’t even stand for anything.

Your biggest problem, of course, is that I happen to be feeling especially schizophrenic these days. This has led Me to let some mass murderers up to heaven while at the same time condemning otherwise good people for small violations such as saying My Name in vain. I’m all over the fuckin’ place. The only surefire way to avoid eternal damnation is to be absolutely perfect, and you, sir, are absolutely not. But don’t worry—all is not yet lost. Here is a partial list of things you can do to earn My forgiveness:

Whatever you choose to do, make sure you check with me first, because I’m constantly changing My mind about this stuff. Really, it will all come down to what kind of mood I’m in on the day you die.

I was at that exhibition game in Toronto back in 2011 when that fan threw a banana on the ice during Wayne Simmonds’ shootout attempt. Americans don’t understand just how racist Canadians really are. Sure, you can say Justin Trudeau “didn’t know any better” the time he wore blackface to a Halloween party, but eventually, that excuse wears thin.

Of course, nothing reflects Canada’s bigotry more than the scarcity of black hockey players. The sport is even whiter than golf or swimming, which, to me, makes your accomplishments even more impressive. I’ve been a fan ever since you scored the winning goal in the final seconds of that one game against whatever team it was however many years ago. To be honest, I’ve never actually seen you play. That one exhibition game in 2011 was the only hockey match I’ve ever attended, and I was only there because I had heard Alanis Morissette was going to be singing the national anthem. It turns out they got Dave Coulier to do it instead, which was a major disappointment and the reason I’ve never bothered watching hockey since. But just because I don’t respect what you do doesn’t mean I’m not rooting for you. And this whole business with the fraudulent vaccination card makes me like you even more.

Given the Russian-roulette-style judgment protocol The Man Upstairs is using these days, I may never get to meet you in person, but that hasn’t stopped me from preparing a cell for you down here in Hell just in case. You’ll be in the circle which I’ve allocated specifically for the assholes that made COVID worse, and as a semi-famous athlete with influence over hundreds of people, you’re entitled to the VIP treatment. That means the usual daily cobra enema, a 200,000-volt electro-shock bed, plus all-you-can-eat broken glass. “All-you-can-eat” is kind of misleading, since it will actually be forced down your throat. If you want to upgrade to a fancier suite featuring a lava bed and a razorblade buffet, all you have to do is become more famous. To do that, I recommend trying to get on The Joe Rogan Experience. I’m sure Rogan doesn’t know who the hell you are, but as an anti-vaxxer meathead who is named after a professional boxer, you’re his favorite type of guest. Good luck.