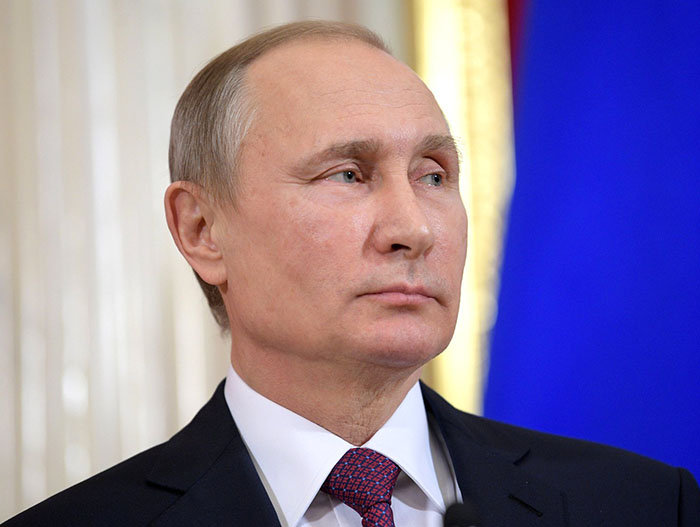 As the superior man on Earth, I don’t need advice from 2,000-year-old fictional characters but am curious what you think of threats made by American President Joe Biden. He blame Mother Russia for something called “ransomware,” which hurt American economy and cause high beef price. I tell you what I tell him: Mother Russia is not hacking American computers, so it must be the gays from American cities causing the problems. Is always the gays.

America always brag because it beat Mother Russia in one little hockey game at 1980 Olympics and one measly cold war in 1989, but Mother Russia still have billions of nuclear missiles which we will gladly trade to Taliban for fancy afghan rugs and maybe some oil.

American gays cry because I help Donald Trump become president, but that was five years ago. Controlling American politics is boring now. Now is more fun to instigate White Nationalist militias and fan flames of racial tension. American civil war will happen no matter who is president. Is so easy, I only pay my hackers in borscht.

I don’t have real question, but have suggestion. Bible would be better story if you put me in as creator of universe. Also, always make me shirtless riding on tiger’s back. And have me beat up grizzly bear and score 10 goals in one hockey game.

The last time you wrote in, you had me doubt my own existence. I’m embarrassed that you were able to get inside my head like that, but I guess that’s the power you have in those dead blue eyes of yours. Plants wilt as you walk past them, birds drop from the sky like rain, and wherever you go, the air smells like sulfur. I realize now that, instead of futilely trying to resist your overwhelming might, I should be recruiting you. See, I’m launching the Apocalypse soon, but Death recently quit the team to tour with The Wyld Stallyns, and now I find myself one Horseman short. Do you think you’d be interested in taking over the role? The job doesn’t pay anything, but you get to commit mass murder which I know is one of your favorite hobbies. You also get to wield a scythe, which is really just a big sickle, so it should remind you of the Soviet flag. If you agree to do this, I’ll even let you ride a tiger. The rest of the “Horsemen” will be on Vespas like the little bitches they are. Hopefully, your hypermasculinity will rub off on them.

Try as I may, I just can’t get over the humiliation you dealt me last month, when you came down to Hell, wrestled me with one hand tied behind your back on a mat covered with thumbtacks, and then pinned me in under a minute. I knew what the stakes were going into it, but to watch you walk away with my golden fiddle under your arm was heartbreaking. Now I know how Robert Kraft felt when you took his Superbowl ring.

Since that day, none of my prisoners show me any respect and my demon subjects won’t even look me in the eye. My dick shriveled down to a shrimpy 11 inches, the barbs along the shaft aren’t as sharp, and my ejaculate isn’t nearly as acidic. When I fucked Marjorie Taylor Greene in the ass the other day, she barely screamed. Now, I don’t even like getting up for work in the morning, which I never thought I’d say. I tried putting cocaine in my coffee, but it didn’t help. At this point, there’s only one way to get my mojo back, and that’s by beating you in a re-match. But can we make it karate instead of wrestling this time?

You outweigh me by a good 200 lbs, which gives you too much of an advantage on the mat. I realize I’m much more of a striker than I am a grappler, and while I can’t match your strength, I think I have you beat when it comes to speed and agility. So, what do you say? Want to give it another go, or are you too much of a pussy?

Sorry, sir. I didn’t mean to call you a pussy. I just lost my head for a second because you’re so intimidating. Maybe this re-match isn’t a good idea. When I’m honest with myself, I know there’s only one way this can end for me, and that’s with a black eye, even lower self-esteem, and one less golden instrument.