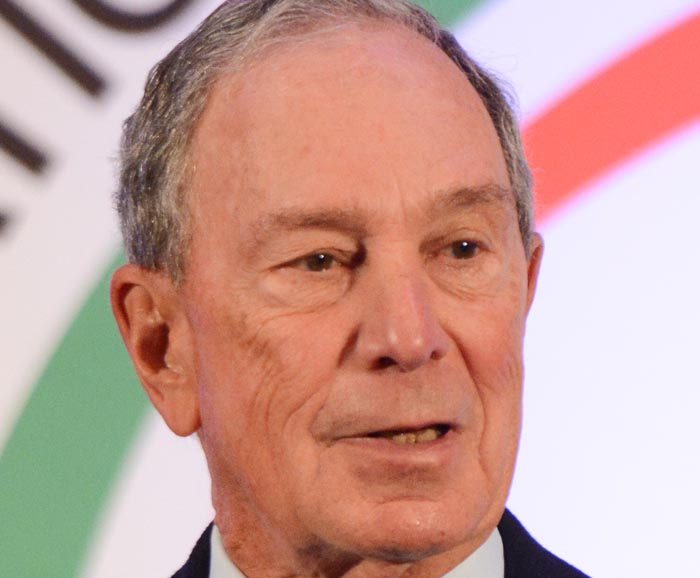 I should have doubled down on stop and frisk.

New York City’s default state = crime-ridden shithole. And we all know it. And the hood is called the hood because it’s dangerous. That’s where 95% of the crime was/is happening, so that’s where I sent the cops to stop and frisk people. You want guns off the street, you have to go where people are shooting each other, and you can’t afford to be racist or politically correct about it. What was I supposed to do? Stop and frisk people on Central Park West?

I hate to play this card, but I’m going to go ahead because it’s relevant. After 9/11, we sent cops everywhere, to slums and ghettos that hadn’t seen a cop in years. And the people, mainly single mothers on their way to work, yelled at the cops “Where have you been? It shouldn’t take something like this to get you into our neighborhood. We deserve to be protected.”

So when I took office, I sent the cops into those neighborhoods, and for the most part, it worked. They became safer and cleaner, with far fewer guns and far less murders.

It angers me greatly that a woke, horsefaced lesbian like Elizabeth Warren, who’s probably never even smelled a NYC ghetto, has the audacity to lecture me about stop and frisk. Let her live in LeFrak City or the South Bronx and come back to me.

You want guns off the street, you have to stop and frisk people, and if most of the people who have guns are black or brown, or coming from certain neighborhoods, yes, I’m going to target them. If someone has lung cancer, you don’t do brain surgery.

I know I’m an old, arrogant, rude, semi-fascist, kind of sexist bastard. But I’m ultimately a benevolent one. I love trees and I hate soda. That’s what NYC needed, and that’s what America needs. And if you think I’m wrong, look at NYC now. Over 70,000 homeless people, and most of them are sleeping on my beloved subway. People criticize the broken window laws, and they are a little fascist, but they worked. And now the city is going back to hell because people are idiots.

I know I wasn’t prepared and came off badly at the debate, but all of the other candidates are complete morons. If you only realized the power of the Darkside of the Force. I’ve spent nearly half a billion dollars in a little under a month and I’m prepared to spend it all. If necessary, I will buy every single vote outright from each individual registered American voter.

Come with me America. It is the only way.

I guess this is as good of a time/place as any for me to officially endorse you, Mike R. Bloomberg for president of the United States. You’re a proven leader and you know what it takes to win elections. That, of course, is money. Tons and tons of money. Am I getting a little sick of your television ads? Maybe. We only have one station up here in Heaven, and lately, all we show are your ads. Yes, I know it’s because you’ve single-handedly funded my re-election campaign and I sort of owe you. I’m not used to being anyone’s bitch, but what am I gonna do, right? At this point, there wouldn’t even be a Heaven if it weren’t for you. In fact, you probably could be the next God if it weren’t for the fact that you’re an evil misogynistic bastard bound for eternal torment in Hell. Can you buy your way into Heaven? Theoretically, yes, but you’re still a few bucks short. You might be able to make up the difference by releasing all of your sexual harassment accusers from their NDAs and paying reparations to all the families whose lives were destroyed by your racist stop and frisk policy. If I had to guess, it’s probably easier for you to make another $65 billion than it would be to do the right thing.

I may be The Devil, Prince of Darkness, Ruler of Demons, but you sir, are a monster. And not in a good way. Banning soft drinks larger than 16 ounces was worse than anything Hitler ever did. Do you have any idea how many millions of New Yorkers suffered due to your oppressive decree? Thousands of high school students blew their SATs because they fell asleep while studying. What were they supposed to do, drink coffee? They could have been doctors, but now they’re all going to be Uber drivers and bike messengers, which is the last thing New York needs more of. Then there were all those convenient stores and bodegas that went out of business. In addition to the loss in revenue from the soda itself, people also stopped buying greasy hotdogs and Slim Jims once they no longer had anything to wash them down with. And what about all those unemployed dentists that threw themselves out of 40-story windows? That might not have been directly related to the soda ban, but it was probably your fault.

Assuming you never get that second $65 billion, here’s what you have to look forward to in Hell: every morning from 6:00-11:59 a.m., I’m going to waterboard you with Pepsi. Then for lunch, I’m going to chain you up in the basement while you’re still soaked with soda, and let hungry NYC subway rats feast on your sweet, sticky flesh. Next will be your daily Pepsi colonic via fire hose. After that, you’ll be “stopped and frisked” by belligerent demons that I’ve ordered to specifically target racist NYC mayors. After that will be several more hours of waterboarding with Pepsi before ending each day with a good ass pounding from my 12-inch barbed cock. It’s going to be a blast.