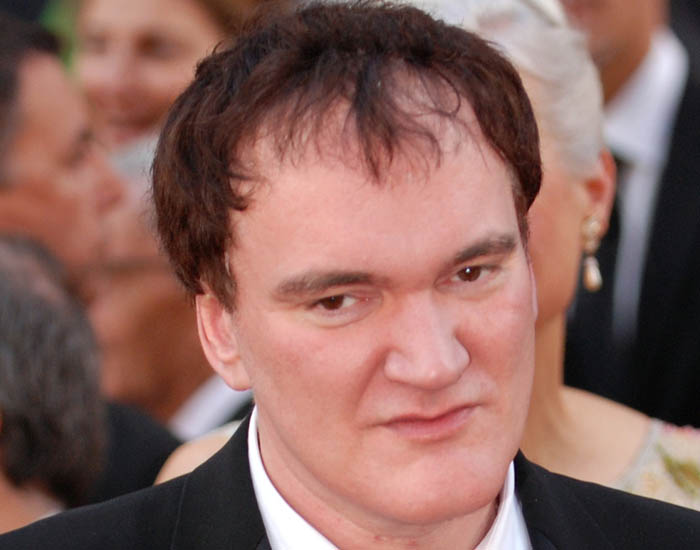 You’re probably aware of the controversy surrounding my latest movie, you being the all-seeing, all-knowing bane of humanity (no offense). Basically, a short scene depicts Bruce Lee acting like an asshole and getting his ass kicked by a lowly stuntman. They’re just aching to call me a racist for it, but they can’t because of Jackie Brown.

Some other people, or probably the same people, are complaining that the women don’t get enough lines. They want to call me a male chauvinist pig, but Jackie Brown comes through again.

First of all, this is a fictional movie. Fiction. And it isn’t like I didn’t do my research. Bruce Lee said a lot of arrogant crap about beating up Cassius Clay, and he really did get an attitude adjustment from a stuntman skilled in the martial arts. It isn’t like I portrayed Bruce Lee getting his ass kicked by an untrained black woman, like, say, Jackie Brown.

Secondly, this is basically a buddy movie, and bitches be yappin’ aplenty. The cute, underaged looking Manson chick with the hairy pits is yapping away every chance she gets. And again, Jackie Brown.

I get that fictional movies can be racist, but this isn’t Breakfast at Tiffany’s. This isn’t even Black Panther, which is totally racist. A 99% black cast is not diverse, and the movie is about a secret civilization of super-advanced black people who have chosen to hide themselves from primitive white savages. In 2018. Imagine that movie with the races reversed.

I should probably be thanking these lunatics. I’ll betcha seeing this Bruce Lee scene was the tipping point for thousands of ticket buyers, and that got me thinking. If these mutherfuckers are going to shit on me anyway, why not give them something to shit about?

My Star Trek movie, I’m doing away with all the subtle racism and going with full-blown, in-your-face racism. The Ferengis = Hasidic Jews, Klingons = Russians in tracksuits (their ships are going to have rims), Vulcans = Asians, the Borg = all hot women in catsuits. I’m going to call it Star Trek: Into Dark Hot Little Boxes, and it’s going to be about fucking–how all of the world’s problems, especially racism, can be solved by lots and lots of interracial fucking. The Hasidic Jews are going to have to pay for it, just like in real life, and Starfleet is going to be SJWs all the way. The Enterprise is going to explode because a gender studies major can’t figure out how to fix the warp core.

So what do you think? Best Star Trek ever, am I right?

Your Star Trek ideas sound great, I just have a few notes. First of all, the title. It’s a little on the nose, don’t you think? I say stick with what it’s currently listed as on IMDB: Untitled Star Trek Project. So Meta. So Tarantino. Secondly, your racist projections of Earth peoples onto the Star Trek races are a kind of predictable, don’t you think? And where are the Native Americans and the Indians and the Canadians? Also, you need green Martians with silly antennae. And it couldn’t hurt to add a race of killer clowns.

You know what would really be META? If you remade ­The Warriors and called it Star Trek and the Warriors could just be the Enterprise crew. And cast Christoph Waltz as the guy who rattles the empty bottles and says “Warriors, come out and play-yah.” It’ll be so funny with his accent. And Jamie Foxx should be Kirk and Samuel L. Jackson should be Bones and Leo should be Chekov. But then cast a white woman as Ohura. Who’s you’re go-to white actress these days? Is it Jennifer Jason Leigh? I say go younger—maybe Amanda Seyfried or something. It wouldn’t kill ya to broaden your roster. And you know what would shake things up? Cast George Takei as Spock and William Shatner as Mr. Sulu. And then keep Simon Pegg as Scotty. It’ll blow everyone’s minds. But if you’re going to use Takei and/or Shatner, you should get a move-on. I mean, I’m not trying to sound morbid or anything, but, uh…

Anyway, I’m getting kind of excited thinking about all the possibilities. If you need someone to play God, I know just the guy. It’s me. I’m the guy. And I’ve been taking acting classes. I nailed the role of Tito “Tiny” Rodriguez in our class’s presentation of Death of a Salesman last month. The director insisted there was no such character in the play, but then I insisted he turn into a pillar of salt. Needless to say, the replacement director was on board with all my suggestions.

Let me just say I am not a fan. That smugness, that pretention, that ego. With that giant forehead and those caterpillar eyebrows, you look like a hipster caveman. I can’t stand most of your movies, but The Hateful Eight made me want to hammer rusty railroad spikes into my brain through my eyes. That movie might be the greatest sin any human has committed in a hundred years. Now, I know you have a new one out, but I can’t justify giving you any of my hard-earned money, so I will wait until it comes out on Blue-ray and then torrent it. Normally, I’m against movie piracy because it’s a victimless crime. What’s the point of committing a crime if there are no victims? But in this case, it’s worth going against my principles to spite you.

Thanks to an ego-driven desire to be an actor, you made a little deal with me. Remember a movie called Destiny Turns on the Radio? The rest of the world doesn’t, but I do. It’s the movie that means I get to torture you for eternity, and that can’t happen soon enough. You’ve heard me talk about cramming cobras into rectums, right? Well get ready for a full-sized dragon up in there.