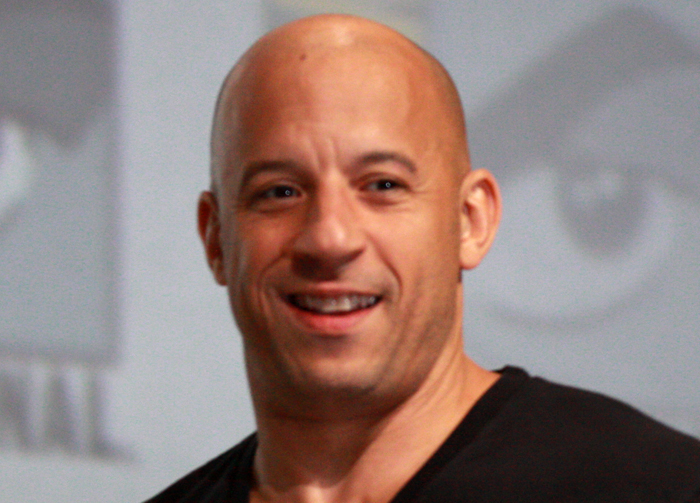 I try to keep it a secret, but I have a creepy, unfamous twin brother and he’s jealous as hell. How would you feel if there was a guy who looked exactly like you, except handsome, muscular, rich, and famous? You’re in your basement apartment with your normal wife, stuck living life with all the other norms, while your superstud brother is out there making love to The Rock and Charlize Theron. I feel sorry for the guy, it’s gotta be tough being the “other” twin, but this time, he’s gone too far.

Last night he slipped in the shower and hit his head and now he thinks he’s Dominic Torreto, the guy I play in The Fast and Furious cinematic universe. He made love to The Rock and let The Rock be on top. Vin Diesel is always the top. I swear to God I could kill them both, my brother for doing it and The Rock for being too insensitive to notice.

Now he wants to be in the next Fast and Furious movie, and not just as my stunt double, but as me. I’d let him do it, but he just doesn’t have the charisma to pull it off. Plus, like almost everybody else, his head is way too small for his body. Why am I the only guy with a normally proportioned enormous head? I was born first, and it was a fight to get out, and my lazy brother just strolled out after me as usual. Not again, man, never again.

Do you think I should make love to his wife for revenge? Or maybe just let him be in the next movie as my creepy nemesis, kind of like Bizarro is to Superman? The guy is bizarre, man. I know he’s my brother and family comes first, but have you seen him? Of all the people to make two of, and you really fucked up on the other one. What happened? Did you make him when you were drunk, like when you made platypuses?

Live Life a Quarter Mile at a Time,
Vin Diesel

I wish people would stop pointing to platypuses as an example of a mistake God made. First of all, if you’re going to blame anyone, make sure you blame God the Son, not God the Father. That one is all on me. But cut me some slack—I was only 5 years old, for My sake. Pretty much all the weird shit in nature is stuff I made as a kid, sort of like drawings on a refrigerator. Platypuses were a Father’s Day present, actually. Same with giraffes. You make fun of them, but you have to admit platypuses and giraffes are fucking adorable.

On a side note, isn’t it pretty fucked up how much incest there is in the Bible? I think I’m going to cut a lot of that out in the re-write I’m working on.

Nerds all over the world pissed themselves with joy when they heard you played D&D with Dame Judy Dench on the set of Chronicles of Riddick. What they don’t know is that “D&D” was just a euphemism for you and your brother double-teaming her. Double dicks, double Diesel, two holes at the same time. If Dwayne “The Rock” Johnson had been around, you three could have bowling-balled her. Plugged that third hole. Then you could’ve called it “Triple D.” Oh, well, maybe next time.

You have a lot of nerve complaining about your brother when you know he was really supposed to be the famous one. Selling your soul to me was only way you could ever be a star. Paul Vincent was poised to be huge—Charles Bronson huge—but because of your jealousy, he’s doomed to obscurity, living off your scraps, imagining what it would be like if things were different. So he got to fuck Dwayne and Charlize a few times. So what? You’ve seen the shack he lives in. You’ve seen his plain wife and boring children. Let the guy have a little joy in his life. It’s the least you can do, considering all that you took from him.