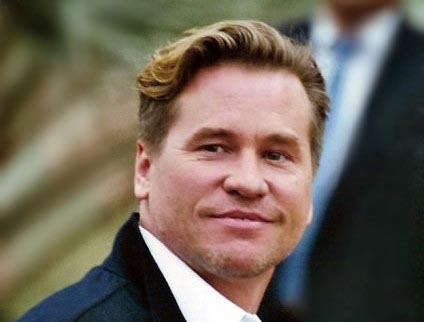 Eventually, we all become whatever Tom wants us to be.

This Top Gun reboot or sequel or whatever it is is either going to kill me or save my life. Tom demands that I get back in shape, and not just decent shape for a guy my age shape, Ice Man shape. Ice Man had glutes on top of his glutes and an extra set of shoulders instead of a neck, he could walk around in nothing but a skimpy bath towel and still be intimidating. The only thing afraid of me now is the sundae bar at Friendly’s. They should make a restaurant with an all-you-can-eat buffet and a sundae bar. Have you ever had a hot fudge sundae topped with mini egg rolls and duck sauce? The Golden Buffet has their “endless” chocolate fountain, but that’s a joke. How is five gallons “endless”?

I figure if I can pull this off, I’ll have all the chocolate fountains I ever dreamed of, but I don’t know if I can make it. Tom has me eating wheat grass and oats, the kind of stuff you’d feed a horse. But what choice do I have? I can’t be Ice Man if I can’t even fit into an airplane, but there’s got to be an easier way.

What can I do? Just tell me what to do and I’ll do it.

Hold the phones here—Friendly’s has a sundae bar now? Why the Hell didn’t anyone tell me? The last I heard they were going bankrupt and closing all their restaurants. I was praying to Allah for them to turn things around, but the situation seemed pretty grim. Boy, if what you say is true, it’s a real game changer. Armageddon was set to begin immediately after Trump swears in for his second term, but now you all have something to live for. Oh, who am I kidding—now I have something to live for.

I’ll be the first to admit that Friendly’s ice cream is mediocre at best. It falls somewhere on the spectrum between store brand and Breyers. Certainly two or three levels below Ben and Jerry’s. But you don’t go to Friendly’s for the quality of the ice cream, you go for the toppings. You go for the Reese’s Pieces, Peanut Butter Cups and Peanut Butter Sauce. Especially the sauce, because you can’t get that shit at Baskin Robbins or Stone Cold. Sure you can find it at some of the local places in New England, but it’s rare, and usually expensive.

I’m supposed to come back the second time as a lion. Some people think that’s a metaphor, but it’s actually the one thing in the Bible that’s literally true. When I return to Earth, I am literally going to be a lion. The problem is cats can’t taste sugar. They still enjoy ice cream because of the cream and fat, but they’re not getting the full experience. So now I have a choice to make: do I alter the taste receptors of cats, or do I choose something else to come back as? Both choices have the potential to cause horrifying consequences to the universe, so I can’t make this decision lightly.

Boy, I sure hope you’re telling the truth about this Friendly’s sundae bar. Nothing makes me want to destroy the Earth more than when someone gives me false hope about ice cream.

I’m almost too afraid to google it…

You better get your shit together. If you can’t lose the blubber, they’re going to replace you with George Clooney as they did for Batman and Robin. I get it—nobody likes wheatgrass or celery or sit-ups or treadmills. That’s why I offer a much easier solution. Make a deal with me, and you’ll have a chance to be relevant again. Plus, you’ll still be able to eat all the molten chocolate you want, guilt-free.

It won’t be quite as good of a deal as the one I made with Cruise, because let’s face it—your soul isn’t as valuable as his. See, it’s very difficult for me to procure Scientologists. They have better lawyers than I do, and they’re good at finding some bit of fine print that allows their clients to break their contracts and weasel their way out of eternal damnation. L. Ron Hubbard was here for less than six months before they got him out. Tom Cruise knows that if he wanted to, he could bail on me altogether. But the truth is he’d rather be with me than Xenu. So naturally, I felt obliged to make it worth his while and give him as light of a sentence as possible. When he finally dies, he’s going to be the first-ever resident at my white-collar country club facility. It’s going to be so nice, that I’ll probably stay there myself sometimes when I need to get away from the wives and demon spawn for a while and I don’t feel like going all the way to Earth. In fact, part of your torture is going to be watching Tom Cruise live a life of luxury while you rot away in your dank cell. You’ll be streaming live video of Tom fucking supermodels while Joel Schumacher crams cobras into your anus through the poop shoot of your rubber Batman suit.