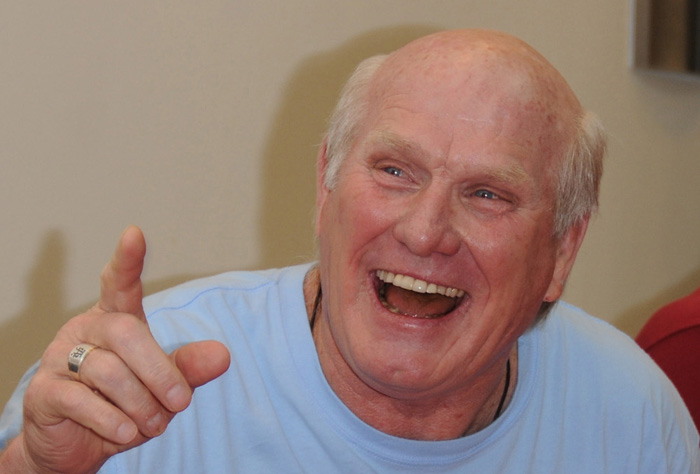 Have you seen my new commercial ? It’s for a bathtub that has a door in the side like a submarine so you can waltz right in like a sea captain, and there’s a built in chair and a cup holder, too! The thing is amazing, and it isn’t just for old people. If you’re obese, paraplegic, or just good old-fashioned lazy, it’s the tub for you.

I like to soak in there with the latest issue of the Reader’s Digest. The quotable quotes are my favorite. It’s like a paper version of a listicle. Here’s one from bestselling author J.K. Rowling.

Well I’ll be a mutherfucker. If only I had known. And check this one out from hard rocker Jon Bon Jovi.

Success is falling nine times and getting up ten.

That’s good enough to be in a Rocky movie. I can practically hear Sylvester Stallone’s saying it. Mr. Miyagi, too, except he’d say it to Daniel-san without the “and” or the “ings.” Success is fall down nine time, get up ten. Hai! Chills, brother. I just got ‘em.

Here’s one from Lady Gaga, and TRIGGER WARNING! It is not for the faint of heart.

Do not allow people to dim your shine because they are blinded. Tell them to put on some sunglasses.

I almost fainted on that one. That little lady’s emotions run deep.

Just one more. Sorry, but I can’t resist. This stuff is like crack cocaine.

Yup. Only two ways. All or nothing, take it or leave it, pro-life or pro-death, ban scissors or bazookas for everyone, trans bathrooms or no bathrooms, PERIOD. But we definitely need another tub with a door in the side and 12 kinds of Cheerios.

The bible is full of quotable quotes and sick burns. What’s your favorite quote of yours? And maybe Jesus could tell me his favorite Satan quote and vice versa? You guys should submit to The Reader’s Digest. The competition is pretty stiff, but you guys are famous!

To be honest, I’ve never gotten all the way through the Bible. Every time I try, I end up falling asleep for a few millennia. I kick myself for not having waited 1,600 years so I could let Shakespeare write the damn book instead of those other four idiots. Or maybe I could have waited until the end of the 19th century and had Bram Stoker write it. That would’ve been sick—fewer unicorns, more vampires. I’ll bet Christians wouldn’t have turned out to be such sex-hating prudes if there were vampires in the Bible.

I’m going to let you in on a little secret. I’ve actually been taking some creative writing classes in preparation for writing an updated version of the Bible. I’m thinking of calling this new book The New Adventures of Old Christ. I’m striving to make this one a real page-turner. For one thing, I want to re-vamp my superpowers for the modern world. I’m upgrading my “walk-on-water” abilities to be total telekinesis. Move over Jean Grey! And, of course I want super strength and the ability to summon lightning like Thor. Actually, it makes more sense for me to be able to control all weather, not just lightning. So I guess I’ll be adding a dash of Storm.

I’m still on the fence as to whether or not I need to perform actual miracles or if I can just make stuff up like I’ve always done. It seems easier than ever to convince people of bullshit, so I think I’ll stick with what works.

I’ve barely started the first chapter, but here’s a quote for you:

“Be excellent to each other. And party on, dudes!”—Jesus Christ

I’m pretty proud of that quote. It may be the smartest thing I’ve ever come up with.

Jesus let me have a peek at the brainstorming notes for New Adventures and I have to say, I’m pretty psyched about the changes he’s making to my character. He’s giving me the looks of Jason Momoa, the charisma of Betty White, the fashion sense of Johnny Depp and powers of Thanos, Magneto and Plastic Man combined. He’s also giving me the ability to talk really fast like that Micro Machines guy from the 80’s, and the ability to sing as well as David Hasselhoff. He’s written me to be quite the worthy adversary, and I can’t wait to see all the wacky adventures he puts us in.

He’s considering one scene where I’m painting a fence, but then I try to trick him into doing my work for me. There’s another one where I lure him into a basement under the pretense of sharing a cask of some type of alcohol, but then I seal him inside a brick wall instead. Then there’s a story where he’s my retarded friend who wants to live on a farm with me and tend rabbits but then one day he accidentally kills a girl and I have to shoot him. That last one puts a pretty interesting twist on the tired old Passion story, wouldn’t you say?

I was thinking about writing my own new book, but I just reread The Satanic Bible by Anton LaVey, and that shit is perfect as it is. Someone needs to make it into a movie.