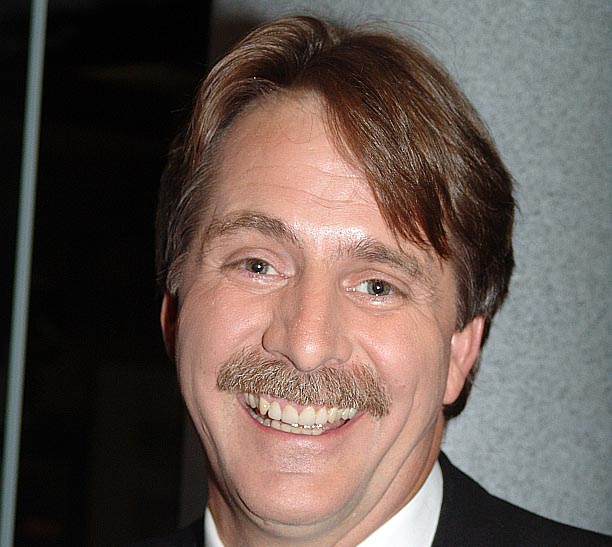 I noticed Trump has started putting up signage on his podium when he goes out to make a speech or do a press conference. It’s like I’ve been sayin’ all along: Trump is truly our first NASCAR president. Him and I are of a similar mind (and haircut), and this little idea is catching like wildfire. The NBA, NHL, NFL; hell, even MLB is starting to sell space on their unis. Even the Yankees. They refuse to sell the naming rights to their stadium for now, which has to make you hate them just a little bit less, but they’ll come around. Before you know it, Yankee Stadium will be the Google Thunderdome and all of their uniforms will be covered in patches for Arby’s, Build-a-Bear, Carl’s Junior and the like. I’ll betcha even Victoria’s Secret gets in on the act. Won’t that be something? Some 6’4” greaser from the Dominican Republic with a crucifix around his neck and ads for Victoria’s Secret plastered all over his uni.

If they were really smart, like me, they’d turn MLB into a religion. My lawyers are pushing the paperwork through for NASCAR right now. Religious organizations are tax exempt. Soon, the Holy Church of NASCAR will contribute absolutely nothing to society, aside from an enormous carbon footprint and a tacit approval of wifebeating.

My question is twofold: firstly, I want to know how y’all pulled it off with the paperwork. The IRS can be pesky, as I’m sure y’all know. Secondly, how do I go about getting some of my signage on Trump’s podium? The boys in advertising have a word for it, like preaching to the converted, but to my thinking, we gotta remind our people at every turn that they’re NASCAR for life. Sure they put the guy in the White House, but we need that signage to remind them that presidents come and go, but NASCAR is in it for the long haul. Also, we gotta start winning over some of those folks on the other side of the fence. You know, those folks who think it’s hypocritical for NASCAR to talk about going green when the entire sport, or, er, religion, is based on thousands of cars driving in circles for no reason.

You think I, Jesus Christ the One True God, filled out my own paperwork? I didn’t even write The Bible myself. In case you haven’t noticed, I’m a bit of a delegator and a huge procrastinator. I’ve been saying I’m going to bring about The End Times for how long now? Like millennium. I’ll get around to it eventually…

In the mean time, I’m going to sit back and enjoy watching you commit my favorite sin: being a false prophet. I’ve been looking for an excuse to send you to Hell, but until now all you’ve done was be a little racist, a little sexist, and a bit of a sheep fucker. Ha! How can someone be a bit of a sheep fucker, right? I mean, once your dick goes into a sheep’s ass…Anyway now that you’ve seen fit to start your own religion, I can finally justify sentencing you to eternal damnation.

I’ve heard many of these religious nutters saying “God hates fags” or whatever—everyone thinks they know what I hate. Well the truth is, I only hate two things: NASCAR and Country Western music. And the purveyors of these cultural abominations with feel my full wrath. Hopefully, by making an example of you, the NASCAR president, others like you will see the light and won’t need to follow you into The Abyss.

You Trumpsters may be winning the war for power, but them libtards are still schooling your sorry asses in the culture war. There are huge Pride Parades in every city coast-to-coast, meanwhile Trump couldn’t pull off one measly billion-dollar military parade for his own glory. Wasn’t that one of his big promises? You also can’t turn on the TV without seeing commercials featuring same-sex couples with children and/or disabled people doing sports, drinking Gatorade and being “like everybody else.” Them libtards even tried to ruin the NFL, what with all that Colin Kaepernick nonsense. You hicks bravely held your ground and boycotted Monday Night Football for however many weeks it took for the redneck commissioner and the redneck team owners to get control of the situation. Still, it was a close one.

The way I see it, NASCAR is the last stand when it comes to redneck culture. It helps that most of your drivers are white and your most famous female driver degraded herself by doing bikini ads for GoDaddy. She even acknowledged she was degrading herself in the commercial! Of course now that she’s 37 and has had children, she’s of no use to you. A cursory Google search tells me you do have a new generation of lady drivers to sexualize and humiliate, but some of them are kind of brownish, so I don’t know they’re going to make the same cultural impact that Danica Patrick did. Anyway, I wouldn’t worry about it. As you said, NASCAR is a religion and your redneck fans aren’t going anywhere. I do have some advice, though. You guys love Trump and that’s fine. However, I would recommend keeping a professional distance. If you interact directly with him, you run the risk of exposing the fact that he fucking hates NASCAR and wouldn’t be caught dead watching cars drive around in circles for no good reason. He’d rather watch horses and greyhounds do that, because in those situations at least living creatures are being exploited and tormented. NASCAR drives are exploited too, but they’re rich, so it’s less fun for Trump to watch them suffer. Though, maybe you can take my advice with a grain of salt. If those batshit Evangelicals can still be in denial about Trump being an atheist, your fans can be in denial about Trump being a carpetbagger from New York who doesn’t know Jeff Gordon from Jeff Foxworthy.