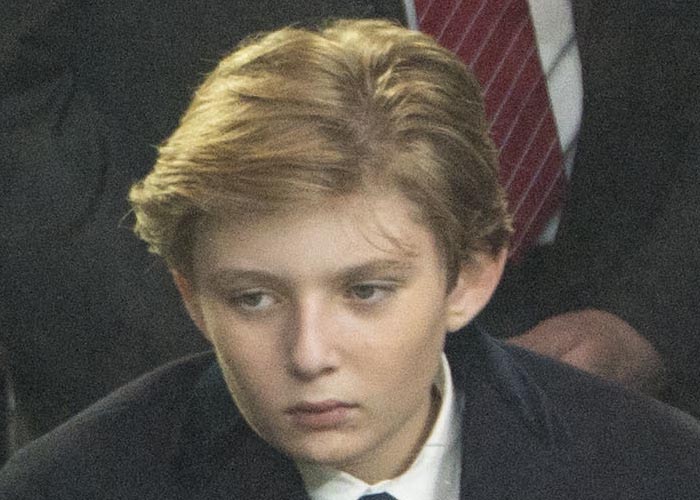 Things have been very difficult and strange for me lately. I’m in my awkward early teen years. I’ve grown two feet in the last year and the doctors think I’ll end up at 7’1”, which would be really awkward. I feel weird enough as it is.

I talk to mom in Slovene, so we can talk about stuff the rest of the family won’t understand. She tells me stuff about the rest of my family, bad stuff that I can see is true, but I don’t want to say anything too bad about them in public, and she’s kind of bad for going along with it. But she says she had to make a lot of hard choices.

Most of my friends at school at super liberal. They’re not like SJWs or anything, but they really don’t like my dad. Mostly I agree with them, and I don’t think my dad would be happy if he knew that I’m basically a liberal. I’m also probably gay, or at least bi, but maybe I should just wait until I know for sure or until he dies? It seems like he’s going to die pretty soon. He’s really tired all the time, and he still makes my mom change his diapers (he’s too ashamed to let anyone else do it, but everyone knows he wears diapers and messes himself).

I’m mostly grateful for being rich and privileged and all that, but if you could give me any advice that’d be great. I’m kind of an atheist. Most people my age are becoming that way because when you’re forced to think about it, it’s really kind of crazy, the idea of ghosts living in the sky and deep in the earth. The internet has made it harder for people to totally indoctrinate their kids, so a lot of us still go along with our parents for now, but it seems no one really believes anymore. It’s just so crazy.

Anyway, thanks in advance for whatever advice you can give me.

Yes, your mom had to make some very difficult choices in order to live a billion-dollar lifestyle. She could have taken the easy route and settled for the mere seven-figure life her modeling career would have afforded her. And if millions could have been enough for her, she might have even been able to marry someone who isn’t a repulsive ogre. Maybe an aging A-lister like Johnny Depp. Is Depp single these days? Doesn’t matter. It’s hard to imagine your mom with someone that’s not completely hideous, so maybe she would have chosen a producer instead of an actor. Anyway, she made her bed, and nobody feels sorry for her. Late-nite talk show hosts say they do, but that mock sympathy is always just a setup for jokes at her expense. Jokes that she deserves for being the worst kind of gold-digger. If there’s any catharsis for all those panicky snowflakes out there, it’s that miserable look on your mother’s face. Her crippling regret is probably the closest thing to justice we’ll ever see for the people mixed up in this nonsense.

Not that any of this is your fault. This is the situation you were born into. Heck, I can’t even blame you for being an atheist. Seeing those moronic Evangelicals worship your dad like some bloated false idol is almost enough to make me doubt my own existence. How could I have let this happen? I joke about having done this on purpose, like it’s part of my plan for Armageddon. But the fact is, I’m not in control at all anymore. I lowered my guard sometime back in the early 20th century, and the train came off the rails. I know I should be trying to fix it somehow, but all I want to do is sit around watching Netflix and eating ice cream.

Anyway, you asked if I had any advice. Well, I say embrace your role as the forgotten son. Being invisible to Donald Trump is just about the best thing any of us can hope to be these days. He destroys everything he touches.

I was going to wait until you were older to tell you this, but I guess now’s as good a time as any…

Boy, it feels good to finally get that off my chest. If there’s one thing I hate, it’s dishonesty. Secrets and Lies. Ha, just kiddin’—I love that stuff. In fact, I invented it myself. Still, lies should be used sparingly. Otherwise they lose their power to shock. You can’t betray people if they don’t trust you in the first place, right? Your fake dad has mastered this concept better than anyone, although he intentionally uses it to the opposite effect. It’s quite ingenious, actually. If everything you say is a lie, people who love you will just believe what they want to believe and the people who hate you will be left baffled and frustrated.

So back to me being your dad. This is good news, isn’t it? Maybe not yet, but once puberty kicks in, you’ll see how awesome it is to have demon blood. I know I haven’t been there for you, and I’m sorry. I’d give anything to play catch with you or help with your homework or give you advice about chicks, but Hell keeps me pretty busy. Also, I just don’t really like being around children. I’ll make it up to you, though, I promise. Once your fake dad kicks the bucket, I’ll bring you down here so you can help me torture him. It’ll be like burning ants with a magnifying glass, except we’ll be using a magnifying glass the size of a Buick.