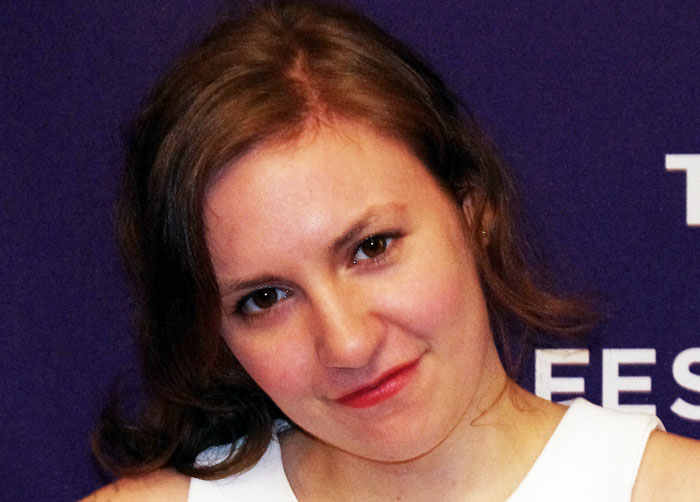 As the OG feminist I’m sure you can relate, yo. I really just need someone to kind of vent on,you know?

I think it’s so sexist that as far as God’s concerned, I’m like just part of some dude’s rib. That’s fucked up. Sexually molesting your (literally) baby sister and murdering a homeless man just because he wanted a piece of fried chicken is fine, because meat is murder and I’m a vegan, but this whole rib thing, it isn’t even vegan! Couldn’t God have given women a vegan option? Like maybe made us out of vegetables? They do it at Dairy Queen. The lady there told me you can get vegan ice cream wrapped in vegan bacon. They make it out of seaweed or something.

The New You,
Lena Dunham Millenia have passed and you’re supposed to be a prime example of womynhood today? Grow the hell up and buy a clue. Marie Antoinette made more sense.

I wouldn’t waste my worst succubus on you. She would come back with a disease. Maybe I’ll send an incubus instead—you obviously need some dick. And theirs regenerate.

If you actually believe that BS about the rib thing, you’re beyond hope. I didn’t come from a rib. I am the prime example of what a woman should be. I’m a golem, made from clay. Adam, that asshole, wrote Genesis to make himself seem superior and Eve was so insipid, she let him. Eve was the first anti-feminist. If she were made from a bone, it would have been the coccyx. (Goddess, I kill myself!)

Have a hamburger. Eat some steak. Grow a brain—maybe from cauliflower. I wouldn’t want to waste a good vegetable on the likes of you.

In your wildest dreams, you could never be me,
Lilith, Your Supreme Better

Bridget McCrea is a friend to cats and an aspiring pornographer.