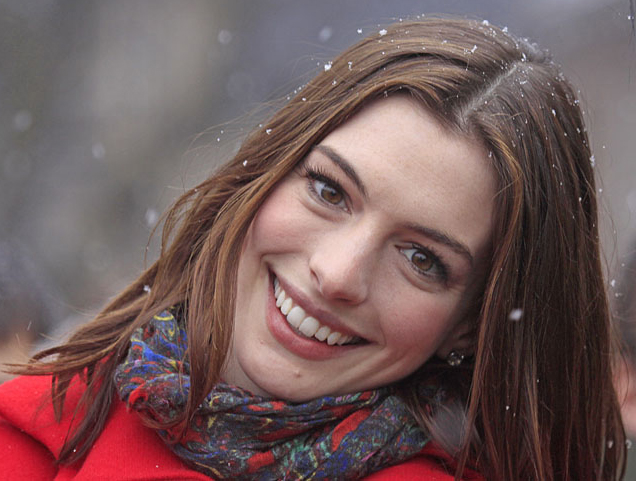 I have a reputation for being a crazy bitch, but the last 18 years have been stressful for me.

Ever since The Princess Diaries was released in 2001, I’ve been working out three hours a day six days a week, and my diet has consisted of nothing but celery, yogurt, and one peanut a month. It’s difficult to be “perky” when you’re living on 400 calories a day and constantly exercising.

I was finally getting used to it when I had to wear that catsuit in the Batman movie. They raised me up to four peanuts a week so I could build some muscle mass, but I was almost 30 at that point and it was hard to go back to just one peanut when we were done shooting.

Now I’m 35, or as women actors in Hollywood call it, six years past my expiration date. I haven’t gained an ounce since losing the Batman weight or had my period since I was 15, and they’ve already started hiding me in astronaut suits (Inception) or in loose, all black clothing like in Colossal. Even being in a movie like Colossal is scary for me. It’s a big step down from a Batman movie.

I’ve been much happier since I’ve started taking drugs. With all those benzos and opiates in my system, I’m so loopy I sometimes forget my peanut, and I’m much less of a bitch. But I’ll be 36 in November and I can’t help thinking it’s all over for me.

The problem is, you’re only working out six days a week, you lazy bitch. Back when I was creating the universe, I rested on the 7th day, too. It turned out to be a huge mistake because that’s when all the bad shit started to happen. It’s when I lost track of what’s-his-name and I couldn’t find him for months. Turned out he had disguised himself as a snake so he could trick some dumb broad into eating a magic apple. You don’t get to have magic apples anymore because you idiots can’t be trusted with unlimited knowledge. The other punishment that came out of that incident was menstruation for women. It looks like you’ve found ways to sidestep both of these consequences. You starve yourself to avoid the weekly cramps and the bloody vag, and you have the Internet for unlimited knowledge. The Internet is actually proof that I was right about the unlimited knowledge thing, because it actually makes people dumber. It’s why there are Flat Earthers again.

I miss being able to refer to women as “broads” without people getting all fuckin’ pissy about it.

Anyway, the moral of the story is, if you want to keep working, don’t take a day off from torturing yourself. Self-torture is the cornerstone of Christianity for a reason.

Here’s the thing, Anne. I could offer you a deal—the usual “your soul for eternal youth and beauty” package—but it won’t help you. See, people are just plain sick of your face and your voice and, well, everything about you really. You could look exactly like you did in Love and Other Drugs and people would still want to shoot themselves in the face whenever you appeared on screen. Even if you were to show us your tits again. My advice to you is to just give up. Stop working out, eat whatever the fuck you want, get fat and spend the rest of your life on the couch watching TV. You have so much money, you never need to work again. Honestly, the world would rather you didn’t.