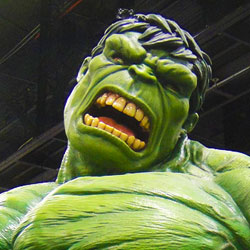 But voice in Hulk head start to talk about humans, and Hulk understand analogy.

So Hulk finally agree. When smash, no longer include pinkie finger in fist.