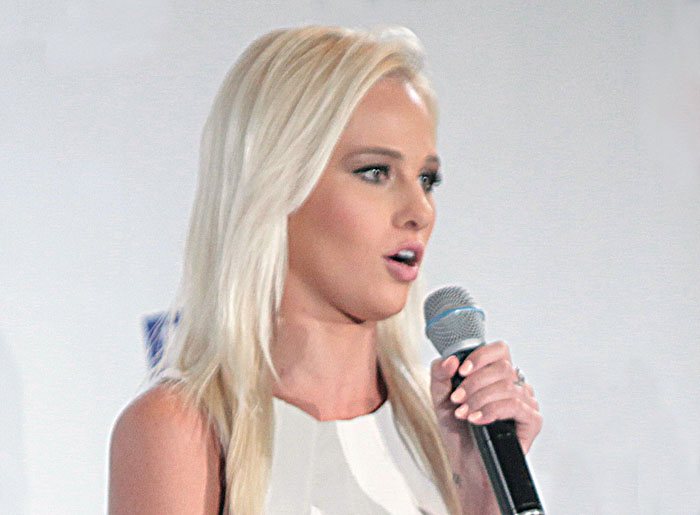 Dear Jesus (for Jesus only, not Satan!),

I’ve been told that I’m like a younger, colder Megyn Kelly, and my boyish first name and build appeal to closeted homosexuals everywhere. This, obviously, makes me perfect for Fox News.

So what I’d like to ask about today are the real victims. The salt of the earth, everyday Americans whose voices are shunned. That’s right, I’m talking about the so-called “conspiracy theorists.”

Just because some people have no understanding of grade school science, no evidence to back up their claims, and have lost touch with reality in general, that doesn’t mean that their point of view is any less valid than anyone else’s. This is what America is about. Equality.

Is the earth flat? Who knows? Do you know? I don’t.

If “children” have “been through” a “mass shooting”, it’s our duty as Americans to accuse them of faking it. And we must hound them mercilessly from the safety and relative anonymity of Twitter and Facebook, often times, for years after the “fact.” The “pain” of “losing” a “child” or “loved one” just isn’t enough to deal with on its own.

I’m not asking because I know Jesus has got my back.

PS: There are crucifixes and cloves of garlic lining every wall of my room, so stay out, Satan!

The spelling of your name is stupid. Moving on…

I’m going to settle this once and for all. Of course I know that the Earth is not flat. The truth is, the Earth is actually one of my Dad’s testicles. That’s right—my Dad literally gave his left nut for you ingrates. Do you realize how disrespectful this “flat Earth” bullshit is to God? We were forgiving when you just didn’t know any better thousands of years ago because frankly the Bible is pretty unclear on a lot of that scientific stuff. We considered including diagrams and photographs and detailed explanations of how things actually worked but didn’t think you had the capacity to comprehend any of it. We thought you’d learn better from myths and other tall tales depicting a simplified, watered-down version of history, morality, and the creation of the universe. We were right for the most part. Because now you have pictures and diagrams and scientific journals and you still prefer the myths and tall tales.

Now, I could go down the list and debunk every single conspiracy theory one by one, but it’s just not worth the effort. For every preposterous “inside job” I destroy, another “false flag” shows up on the internet to take its place. It’s impossible for me to keep up. I know, I know—I’m God, and nothing should be impossible for me. But therein lies the answer to that ancient question: can God create a rock so large that even He can’t lift it? The answer is yes, and you assholes are that rock. I created you, but I can no longer control you. I can no longer even influence you because too many assume you know what I “really think.” Too many of you speak for me. Too many of you project your own ass-backwards values onto the vague, ambiguous writings in that damn book we wrote thousands of years ago.

You didn’t ask a question, but let me give you a piece of advice anyway. Be careful of how you use the influence that your pretty Aryan face has bought for you. Be careful what you say and do in my name, because I’ve been feeling pretty “Old Testimenty” lately. I’m feeling nostalgic about my days of leveling cities and turning people into salt.

We fucked, and it was the best sex you’d ever had and I can personally guarantee it’ll never be that good with anyone else. But you are a terrible person, and you’re boring and your breath smells like rotting fish, so I just had to leave. As soon as I blew my wad, before you even opened your eyes. I mean really…that voice of yours…that attitude. This may be meaner than it has to be, but take my word for it—you’re no Megyn Kelly. Not only does Megyn have an ass that won’t quit, she has genuine class. She has self-respect. In fact, after she and I fucked, she actually left me. I was so impressed that I gave her 6 more orgasms that day (4 of them while she was in the middle of her interview with Alex Jones).

Oh, Tomi…The more seriously you try to take yourself, the harder the world laughs at you. It’s been months since our hook-up, and you’re still a mess. You’re still crying yourself to sleep, calling out to me in your dreams, begging me to come back, threatening to kill yourself if I don’t. For a while, part of me was hoping you’d go through with it. Put yourself out of your misery. The world would certainly be better off without you. But then I realized that if you actually killed yourself, you’d end up in Hell. Then I’d be stuck with you forever. So here’s what I’m going to do. I’ll come up there one last time. I’ll fuck you with your crucifix, I’ll gag you with the cloves of garlic, I’ll choke you in a bathtub full of Holy Water (you didn’t list Holy Water in your baiting of me, but I’m assuming you just forgot to mention it). I’ll give you one last really good rogering. And then, unlike last time, I’ll stay the night. We’ll cuddle, whisper sweet nothings into each other’s ears, watch TV, eat chocolate-covered strawberries in bed. In the morning I’ll make you breakfast. We can shower together. I’ll scrub your dirty body with steal wool until I’ve scraped off all your shame and self-loathing. Then, as I’m kissing you goodbye, I’ll rip out your lungs with my bare hands and watch you die in my arms. Having saved you from yourself, I’ll watch your soul go wherever it’s going, but it won’t be Hell. Probably purgatory. Or maybe you’ll get stuck here on Earth somewhere. Maybe you’ll ending up haunting the hallways of the Fox News studio. Whatever happens, you won’t be my problem anymore. Thanks to a loophole in my contract with God, I get to pardon murder victims from eternal punishment—even when I’m the one who commits the murder. I don’t like to abuse this power, but I’m willing to make an exception in your case. That’s how badly I want to be rid of you.