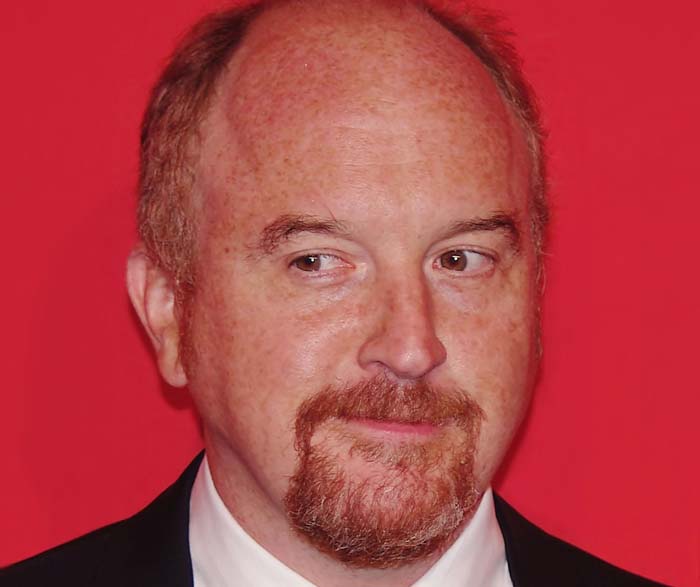 Let me try to wrap my head around this. I asked women if I could jerk off in front of them. If they said no, I didn’t. If they said yes, I did.

So what the fuck did I do wrong? Sure, it’s a creepy question. I’m a creepy guy and I’m into creepy shit. So I ask people if they’re up to it.

Does a woman’s word mean nothing? Seriously, do women have no agency or accountability?

The argument is that I’m rich and privileged, so they felt forced. Would they have felt any better if I was a homeless guy? Seriously, what the fuck?

I am not responsible for what other people feel. I don’t have a lot of control over that. What if I had asked her to watch my dog?

That one woman says I ruined her comedy dream. That asking her to jerk off in front of her made her give up.

You ever see The Right Stuff? Those mutherfuckers had dreams. That’s what a dream looks like. And if you think they weren’t jerking off in front of each other in that capsule, you’re deluding yourself. Three dudes stuck together in a tin can for a week? You know they were jerking off.

I know what you’re going to tell me. I should have just hired prostitutes or Japanese sex robots. But the entire reason I got rich and famous in the first place is so I wouldn’t have to hire prostitutes.

You know what? I’ll just live happily with my piles of money and Japanese sex robots. Yes, I’ve learned my lesson. Humanity blows, and not in a good way.

I don’t know exactly what it is you want us to say seeing as how you didn’t even ask a question. I’ll tell you one thing, though. I can’t believe people are so surprised. Especially after that one episode of your show Louie, where you chased Pamela Adlon around your apartment and refused to let her leave until she finally agreed to fuck you. It was the rapiest thing I’d ever seen on basic cable and I never watched your show again after that. Being The Lord and One True God, of course I knew what you were up to all these years. But now that it’s been made public, I think I can finally disclose what I plan to do about it.

Tomorrow morning when you wake up, and you shuffle groggily to the bathroom to take that first piss of the day, you’ll be met with an unpleasant surprise. The first thing you’ll notice is the temperature. Your dick will be ice-cold, as though it came right out of the fridge. Then you’ll notice the bumps. Your dick will be covered with hard nubs from tip to base. After this you’ll realize that your dick is wet and slimy. You’ll hold your fingers to your nose and smell vinegar. Panicking, you’ll finally look down and see what has happened. Your dick will be a pickle! For the rest of your life, you’ll constantly be filling your undies with vinegar. It’ll soak through everything, leaving puddles on every chair you sit on. You won’t be able to swim in public pools, you won’t be able to fly on Commercial planes or ride on trains or buses. And it goes without saying, nobody is going to want to fuck you. It’s true—plenty of women out there have taken on a cucumber or two, but not a pickle. It’s the vinegar, man. That, and the temperature. Nobody wants a cold, vinegary pickle in their pussy. Even hookers are going to turn you down. So yeah, get ready to piss away the rest of your comedy stash on those Japanese sex bots.

I just don’t get it. When the story broke, I instantly closed my ears because I didn’t want to know the specifics. I was a fan, and it was heart-breaking to see you fall. Anyway, since you wrote in, I decided I’d finally look up what happened. According to Wikipedia, you’ve been doing this whole masturbation thing since the 90’s back when you were just a TV writer. Did you really think you were famous enough to get away with it then? And obviously, it only got worse from there. What went through your mind when the Harvey Weinstein thing broke? Or was it not until Kevin Spacey that you started to worry? When did you first get the feeling that your days were numbered? Anyway, it’s been months now and I guess you’ve resigned yourself to your fate. That pickle thing is going to be rough, but overall I think you’re getting off easy. In light of how I’ve been feeling lately about The Man Upstairs upstaging me in the punishment department, I appreciate that he’s showing restraint here. I’m glad he’s once again letting me do my job. And believe me, it’s going to be harsh down here in hell. Now I don’t want to spoil the surprise and tell you the specifics of all the tortures you’ll be forced to endure, but I will say this—we have rabid, frothy-mouthed rats down here that eat nothing but pickles.