The Smartest Man in the World

The Skull Island Times > Fiction > The Smartest Man in the World 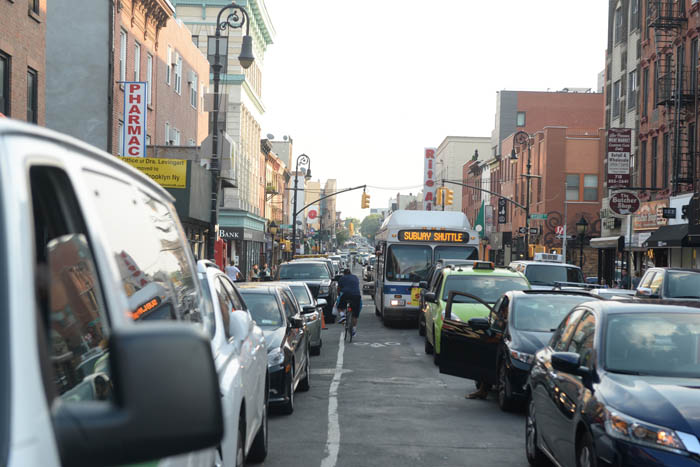 It was all so simple and obvious. Everything fell right into place if you just thought about it for a little while. It was a cliche, but all you had to do was wake up.

He had to admit that it felt good. To be one of the few who knew the secret. Who saw the truth.

But despite all of his research, there were still those who questioned him. Why couldn’t they just be grateful? Couldn’t they see how foolish they were being?

Of course they couldn’t. They had been followers their entire lives. It wasn’t easy to break free. He had to be patient with them, but it was still frustrating. Talking to stupid people was impossible unless you were stupid too, and that wouldn’t help either. You’d be able to talk to them, but you’d be one of them. You’d have nothing to say.

If only, for the good of humanity, they were just as smart as he was. Or at least close.

The next day began like any other. He tapped at his phone and scrunched up his face. No connection. That’s weird. So he got up to check his wifi router and it was off. Did he turn it off? He never turned it off.

He grabbed his remote control to turn on the TV and there was nothing. What the hell? He tried his lights. No electricity. Well that explains it. It was a pain in the ass, but they had wifi down at the coffee shop.

The streets were relatively empty as usual. Most of the drones were already at their day jobs. Suckers.

Ah, there it is. The good old coffee shop. Time to set this day right. He opened the door and walked to the counter.

The man at the counter looked down at his register and tapped at it.

“Well that can’t be right.”

The Smartest Man in the World looked up at the menu board behind the counter.

The board said $8.99, but that still seemed like too much.

He laughed to himself. What a bunch of suckers.

“Does that include tax?”

Sure it does. Why not?

He pulled out his wallet and reached for his credit card.

“Sorry, no cards today. No power.”

The Smartest Man in the World dug through his wallet. All he had was $3.00.

“How much for just a small coffee?”

The counterman turned around.

“I’m sorry. I must have been confused. I’m not a professional like you.”

“It’s okay. Honestly, I don’t know how to make that mocha frappa whatever anyway.”

The Smartest Man in the World sat down with his coffee and pulled out his phone. No wifi. That’s right, no electricity. Why had he wasted his money on coffee? The entire reason he had come here in the first place was to use the free wifi. He was surrounded by incompetence.

Maybe things would be better in the city. But no electricity meant no subway. Still, maybe it was just these few blocks that didn’t have power. He got up and started walking. One block, two blocks, three blocks. Ah. Here we go. The traffic lights were blinking. Power at last.

He headed down into the subway. The lights were working down there and a train was waiting for him. Perfect timing. And the train was almost empty. Perfect.

He sat down in the train and pulled out his phone. There was free wifi at the subway stations. Or at least there was supposed to be. No connection yet, but sometimes it took a few seconds.

After two or three minutes of no wifi and no movement he wondered what was going on. The MTA was useless. The entire city was falling apart. He got out and walked forward to a car with a conductor and tapped on the window.

“Signal problems man. There’s nothing I can do.”

The Smartest Man in the World looked up the tunnel. The signals were green.

The conductor looked down at his controls.

He pointed at a lever.

“If I was you, I’d take the bus, yo. This is some fucked up shit. Maybe there’s a gas leak down here or something.”

Maybe it was a gas leak.

The Smartest Man in the World decided to take the bus.

When he got back up onto the street the air was smokey. It tasted like fire and smelled like donuts. He walked towards the smoke. A crowd had gathered in front of a burning bakery. Firemen were trying to fight the fire, but they were having trouble with the hydrant. Maybe it was jammed, but it looked almost as if they didn’t know how to turn it on. A few people in the crowd were shouting out suggestions.

A man and a woman in sooty white aprons staggered out of the bakery and collapsed onto the street. The man was out cold.

“Please! Is anyone a doctor?”

A young woman separated herself from the crowd.

The young woman took the man’s pulse and looked at her watch.

“I think he’s unconscious from breathing in smoke.”

The young woman started pressing down on the man’s chest.

She stopped compressing the man’s chest and pinched his nostrils shut instead. She leaned her face towards his, then stopped.

“I think you’re supposed to French kiss him or something.”

“What the hell has that got to do with anything!”

The young woman shrugged and started making out with the unconscious man.

The Smartest Man in the World would have to step in and save the day. He pulled out his phone to do some quick googling, but there was still no wifi. He looked around. He wasn’t sure what he was trying to see but an airplane caught his eye. It appeared to be flying way too low. Almost as if it were crashing.