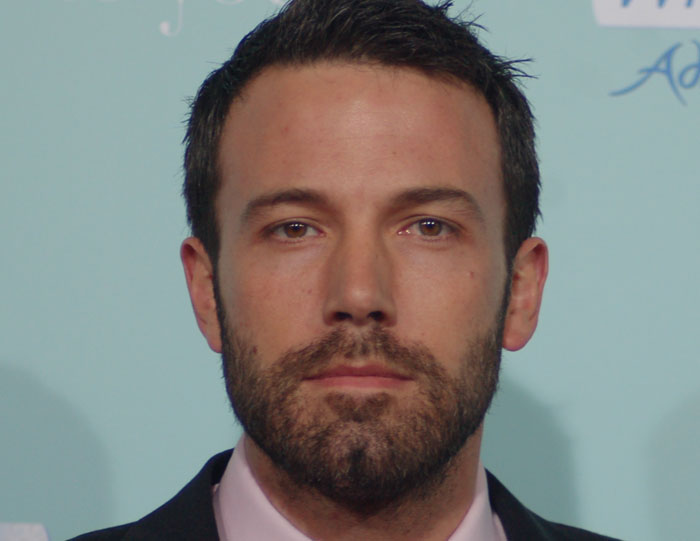 I am very upset and frustrated! For some reason, there have been a lot of rumors circulating around Hollywood that I am gay. I just don’t get it! I’m as Hetero as they come! First, let me say how much I respect ALL people, but especially those who are in the LGBTQ community. In fact, I have a ton of Gay friends, like my dear friend, John Travolta. John and I spend a lot of time together, and while he is definitely gay, I can assure you that I am not.

Seriously, though, why are there so many gay rumors about me? Am I being gay when John Travolta and I engage in anal sex? Of course not! That’s just a couple of buddies “horsin around”. Was I being gay the time that I gave John Travolta a blow job and took his balls to my chin so many times that it started to bleed? Laughable, I say!!!! I was just experimenting. Was it gay the time I refused sex with my then wife Jennifer Garner to have sex with John Travolta? Only a little….certainly not enough to spread all of these rumors. So, I need your help. What can I do to set the record straight (pun intended)? Also, Jesus, I like what you’ve been doing with your hair recently. Maybe we can get together some time soon? Hit me up.

You say you like my hair? Well, thanks. The secret is, I washed it—ha! Truth be told I don’t bathe very often; maybe just once or twice a year. When I do bathe, it’s glorious. It feels better than the Resurrection. I’m not really sure why I don’t do it more often. Anyway, back to your question. I’m going to lay down a shocking truth on you, so you better brace yourself. The fact is, John Travolta isn’t even a human—he’s a goat. So all those times you plunged your boner into his rectum, you weren’t engaging in homosexuality, you were engaging in bestiality. Now, I know what you’re thinking: “How could he be a goat? He can talk and he doesn’t even have horns!” Well, he can’t talk, and he does have horns. Sometimes people just see and hear what they want to see and hear. So yeah, that’s what’s up. Hey, no big deal, we all make mistakes, right? Sometimes I reflect on certain situations from my past where I wish I hadn’t turned the other cheek. I mean what’s the use of having a black belt in Judo if I never use it? Anyway, the things you’ve done can’t be undone, but that doesn’t mean you can’t make it right. Rumor has it that you and Jennifer Garner have been spending a little time together and you two might be considering giving love another chance. Well, I think it can work this time, but you have to be honest with her and you have to stay off the sauce. I wish you the best of luck. You two were my favorite Hollywood power couple.

Boy, you Hollywood types can be so self-absorbed sometimes. Here you are going on about your sexploits, saying you were “just horsin’ around” or whatever. Well, did you ever once stop to think about John Travolta’s feelings? Sure, maybe he’s a goat, but he’s very sensitive and he has a really big heart. And maybe to you, all those encounters were just two bros blowing off steam, but if you took the time to really look into John’s eyes, you’d know those moments meant a hell of a lot more to him. Do I have to spell it out for you, Batfleck? John Travolta is totally into you—deeply head over hooves in love. Now, it’s fine if you don’t’ feel the same way. You’ve got children, you’re trying to make it work with your ex—I get it. But if you’re committing to that, then you really have to stop toying with John. I know he said he was cool with your friends-with-benefits arrangement, but he only said that because he’s secretly hoping it might lead to something more. You know it’s not going to lead to something more, so you need to cut him loose.