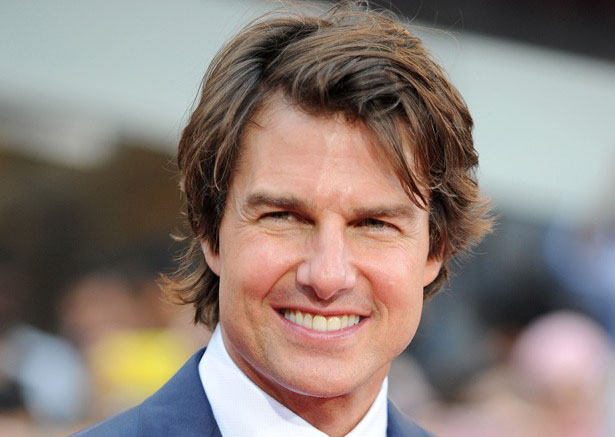 Ever since I jumped up and down on Oprah’s couch, the world thinks I’m crazy. Outwardly, I’ve been able to project an image of myself as ultra confident, but the fact is, the things people are saying are really starting to hurt my feelings. I’ve prayed to Xenu many times, and, to be honest, he doesn’t really have anything helpful to say. He keeps telling me to be patient, and everyone will love me again once Top Gun II comes out. But I can’t wait that long. So guys, what can I do? How can I win back the love of the nation?

Really? We’re doing another one about Scientology? Shit. Well, I guess when Tom Cruise writes in, we can’t exactly ignore him. Ok, here goes…

You’ve come to the right place. Xenu’s not a bad guy, but let’s be honest—he’s not great at giving advice. Example: he’s the one who sent the Battlefield Earth screenplay to John Travolta and told him he had to do it. Anyway, doing a movie of any kind isn’t going to get you out of this hole you’ve dug for yourself. As I see it, the only way to fix your PR problem is go take control of your own image. If you can’t be less crazy, try being even crazier. Really lean into it, and see what happens. The next time you’re on Oprah’s couch, strip down to your panties, piss yourself and start balling like a little girl. The next time some snarky reporter asks whether or not you’re gay, tell him you just got done taking it in the corn from Beck. The next time they ask your opinion on postpartum depression, tell them you were really sad after that baby came out of your vagina. The next time someone asks what the hell you were thinking when you made The Mummy, change the fuckin’ subject as soon as possible. Do this, and I think everything will work out fine. If not, at least it’ll be really funny to watch.

Maybe instead of changing yourself, you can change the entire Church of Scientology. That means you’ll need to stage a coup. I’m not really sure how your kooky religion works or who’s in charge over there right now, but the fact is, they owe their very existence to you. Without your charismatic apologetics, that nutty cult would have gone the Heaven’s Gate route years ago. Rumor is that they own you, that they have something on you, which keeps you under their control. But I say, it’s you that has all the power. At the next conference or meeting or whatever, go up to the podium with a bomb strapped to your chest and tell them you’ll blow the damn place up if they don’t crown you as their new overlord. I suggest you recruit Jason Lee, Giovanni Ribisi, Ernie Reyes Jr. and all the other stars people wish weren’t Scientologists as your foot soldiers. Once you guys take over, tell the world you’ve instituted reforms and change the name of the group The New Scientology. You’ll be just like Martin Luther, except less anti-Semitic. You’ll be a hero and the world will love you again.